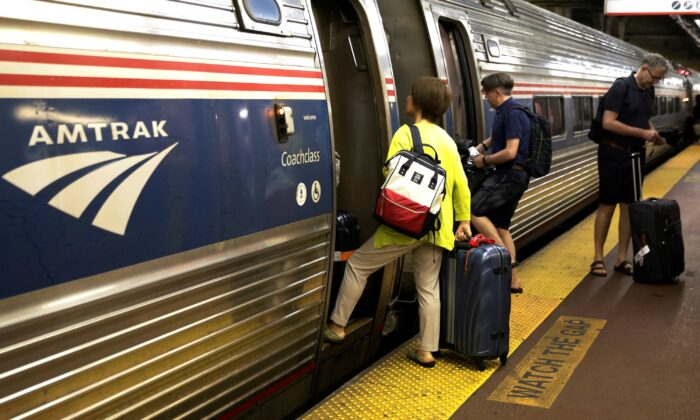 Amtrak to Cancel All Long-Distance Trains for Now

DETROIT—Passenger railroad Amtrak said it will temporarily cancel all of its long-distance trains starting on Thursday because of a potential freight rail work stoppage that could start the following day.

Amtrak workers are not involved in the labor dispute, but the railroad operates almost all of its 21,000 route miles outside the U.S. Northeast Corridor on track owned, maintained and dispatched by freight railroads.

Railroads including Union Pacific, Berkshire Hathaway’s BNSF, and Norfolk Southern have until a minute after midnight on Friday to reach tentative deals with three holdout unions representing about 60,000 workers before a work stoppage affecting freight and Amtrak could begin.

Amtrak made its announcement on Wednesday after earlier in the week deciding to cancel a number of long-distance trains throughout the United States ahead of the Friday deadline.

Some commuter train systems such as Chicago’s Metra have also said they will be forced to begin cutting service on Thursday. Minnesota’s Northstar Commuter Rail, operated under contract by Berkshire Hathaway’s BNSF, that serves the Minneapolis area, said its service could be suspended as early as Friday.

Moody’s said Amtrak’s decision to suspend long-distance trains is “credit negative, as it will impact customer retention and revenue, resulting in higher operating losses. However, as the company relies on federal funding and operating losses were anticipated, the suspension will have a limited credit impact on Amtrak unless it persists.”