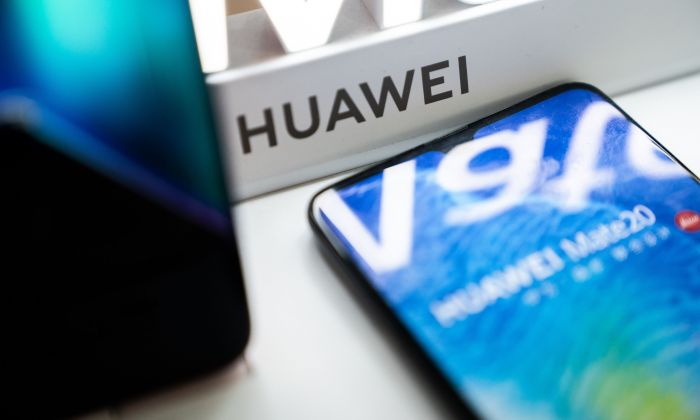 A Huawei logo is displayed at a retail store in Beijing on May 20, 2019. (FRED DUFOUR/AFP/Getty Images)
US-China Relations

Huawei Likely to Face Challenges in Using Own Operating System and Chips, Amid US Export Ban

After the Trump administration blocked U.S. companies from supplying Chinese telecom giant Huawei with technology and supplies, company founder Ren Zhengfei said he was confident the firm could still survive with its own backup solutions.

However, experts are questioning whether Huawei’s self-developed HongMeng operating system and HiSilicon electronic chips can be adopted for production within a short period of time.

On May 15, the U.S. Commerce Department added Huawei, China’s largest manufacturer of telecommunication equipment, and its 68 affiliates to its “Entity List,” meaning the company can’t acquire components and technology from U.S. firms unless it receives special U.S. government approval.

Google announced that it would suspend its business with Huawei on May 19.

Due to the Chinese regime’s censorship of Google, Huawei phones for the Chinese market exclude many of the U.S. tech giant’s most popular apps, such as Gmail and Google Maps.

Instead, it would be Huawei’s phones in the overseas market that would be most impacted.

According to a Huawei company statement, Huawei sold 59.1 million cellphones in the first quarter of 2019, including 29.2 million, or 49.4 percent, sold in overseas markets.

Then, on May 20, German chipmaker Infineon Technologies was reported by Japanese media Nikkei to have suspended shipments to Huawei in order to comply with the U.S. ban.

The report cited two sources familiar with the matter who said that Infineon will hold meetings soon to discuss the situation, but it is unclear whether Infineon would resume selling to Huawei in the future.

Qualcomm, Intel, and other major U.S. tech suppliers would also not be able to sell chips, software, and other hardware to Huawei, which make up critical components within its products.

State-run China Business Network reported on May 20 that Huawei began the development of its own operating system in 2012, with the purpose of replacing Google’s Android system for cellphones and Microsoft’s Windows for its computers.

The reason why Huawei hasn’t yet employed HongMeng OS is because the system can’t compete with Android and Microsoft; but Huawei believes that HongMeng OS is now ready to be used, according to the report.

Hong Kong Economic Times reported on May 20 that HongMeng OS has two major problems: data coding and decoding, and its incompatibility with current apps.

After many years of software development, Google and Microsoft can read and write text, photos, videos, and other files. However, Huawei’s operating system has not been able to code and decode such files.

Meanwhile, millions of apps are designed specially for Apple’s iOS, Google’s Android, and Microsoft’s Windows. But for HongMeng OS, popular apps aren’t compatible with it yet.

Li Bin, a Chinese chip designer who has worked in the United States for more than 20 years, wrote a blog post on May 19 explaining why it would be near impossible for Huawei to rely on chips developed by its chip-designing subsidiary HiSilicon to replace current U.S. suppliers.

“Huawei is a company that uses a large number of general-purpose chips,” Li wrote, much of which is manufactured in the United States.

Even if Huawei were to replace the U.S. chips with other suppliers or its own chips, the company would still need to redesign its circuit board, make a prototype, go through comprehensive tests, fix the bugs, and so on.

“To replace one chip on a circuit board, it takes two to six months—and that’s if you can find a similar functioning replacement,” Li wrote.

Li added that an electronic device is composed of numerous chips and components, and U.S.-manufactured parts dominate the global market. Replacing all the U.S.-made parts would be a complicated and time-consuming process.