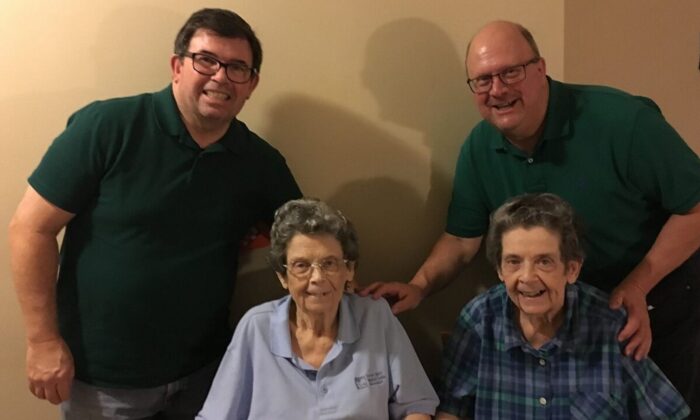 John Vecchiarello was going to the hospital for appendicitis when he heard his son, 15, came down with a sudden fever. His ex-wife, who was supposed to drive him to the hospital, called to say she had to take their son to his pediatrician urgently. Then Vecchiarello got the news that his son was sick with COVID-19.

Until then, aside from following the social distancing rules, Vecchiarello hadn’t given special thought to the CCP (Chinese Communist Party) virus that had become a pandemic. But this hit so close to home Vecchiarello was spurred into action.

He started doing all the research he could; he wanted to know what was being done about the virus, and what he personally could do for his son.

The more he read the more he realized this started in China and might have been contained if the authorities had reacted properly.

He remembered reading news that the Berman Law Group was suing China over mishandling the virus, often called the novel coronavirus, in a class action lawsuit, and Vecchiarello thought about joining.

“I reached out, they answered all my questions, and I felt very confident that’s what I wanted to do,” said Vecchiarello, who lives in the New York area.

“When I started to find out more about China where the outbreak had started, I wanted to have them held accountable,” he said. Vecchiarello was upset to discover just how early the virus had started, and that the CCP had silenced doctors instead of containing the outbreak. “There’s not really much else I can do as a parent. I’m pretty powerless, and I’m not a doctor.”

“I really want China to be held accountable for this. I want this to be something that’s not going to happen again. If it was preventable, then I want the future problem to be prevented,” he said.

Vecchiarello’s son is now recovering with fading symptoms, but he’s changed Vecchiarello’s perspective on the CCP virus. He said before his son came down with COVID-19, he would go out with a mask. Now he dons a full Tyvek suit.

Vecchiarello says it’s obvious why the dense urban areas are getting hit harder, but he hopes people in smaller towns, even rural areas, take serious precautions as well. “Fifty cases can become a thousand cases in only a short matter of time,” he said.

CCP ‘Must be Held Accountable’

The Berman Law Group filed a class action suit on March 12, seeking damages from the CCP over the mishandling over the outbreak. It’s a trans-continental effort wherein the Florida-based Berman Law Group is partnering with Washington’s Lucas Compton in the suit.

Within two weeks, the group was fielding close to 10,000 inquiries across the country from those who wanted to participate, as well as lawyers and citizens from other countries who wanted to bring their own class action lawsuit against China. They’ve set up a website, DemandChinaPay.org.

Because the CCP withheld information, it has broken the International Health Regulations agreement that requires it to notify the World Health Organization of public health emergencies of international concern in a timely manner.

“They decided to silence doctors who were going to talk about it, and as a result, in an effort to protect their own economic interests, and with their commercial and bioterrorism breaches, they have unleashed this on the world and must be held accountable, they must be made to pay,” said Jeremy Alters, the chief strategist and non-attorney spokesperson of the lawsuit from Berman Law Group.

“The American people and the people around the world are suffering greatly. Our economy is devastated, economies around the world are devastated, and we are not in a position to just say ‘You know what? It’s China, they’re a world superpower, let’s let them go.’ We are in a position to hold that superpower accountable for what they’ve done. And we intend on doing that in any way we can through this lawsuit,” Alters said.

He points to the fact that China nationalized corporations that manufacture such products weeks ago, and yet is not helping solve the problem it created. These are the types of questions that discovery during the lawsuit would help answer.

George Sorial, a partner of Lucas Compton, says support from Congress and their staff has been building. He hopes this case becomes something that unifies the United States. Rep. Lance Gooden (R-Texas) is introducing a bill that would open China up to litigation in American courts.

“I have never seen suffering and strife at this level, in my life,” he said. “Look at what is going on right now, there is a level of anxiety and suffering—emotional suffering, economic suffering—that is unparalleled simply because the government of China failed.”

A Life of Service

Raymond Bodine, in Texas, lost his elderly aunt Lenora just recently after she tested positive for COVID-19. Lenora lived in a nursing home with her twin sister Lauretta, who has dementia, but is aware her sister is gone.

The twins had moved into a nursing facility in Washington state late 2018. On March 5, 2020, the facility called Bodine to ask for permission to tests his aunts for COVID-19. Lenora had a fever and refused the test, and Lauretta has been asymptomatic but the test came back positive on March 10. Lenora stopped talking, and then in her last few days stopped eating. After she died on March 23, the county’s medical examiner tested and confirmed she was COVID-19 positive.

Bodine spoke to his Aunt Lauretta recently, who told him “I feel fine, honey.”

“Talking to her the evening that Lenora passed, she had fabulous clarity,” said Bodine, who adds that his aunts are 87. “Because even speaking to them a year ago, they were ready to go to the Lord whenever it was time, because they have their faith, they’re very strong in that.”

Bodine is most interested in the discovery the lawsuit would bring—reams of documents and information if China does comply—that can shed light on a crisis that is leaving many in the dark. His aunts were both formerly Catholic nuns and teachers and lived a life of service, and he wants to honor the memory of his aunt by helping play a part to bring truth to the world.

“China didn’t disclose everything that they probably could have disclosed back in December, January, when they started fighting it,” Bodine said. “My heart moved me forward to get to the truth. … I just hope for the truth.”