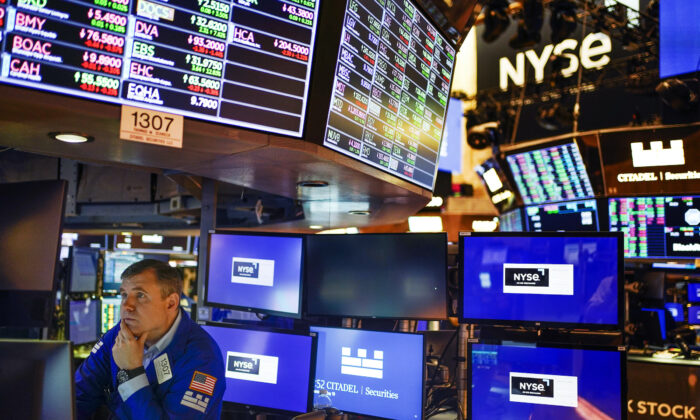 A trader works on the floor at the New York Stock Exchange on May 19, 2022. (Seth Wenig/AP Photo)
Economy

Americans Should Prepare for a ‘Very Serious Recession’ Later This Year: Venture Capitalist

The U.S. economy is heading for a “very serious” recession later this year that may be the “worst downturn” since the late 1990s, according to a venture capitalist.

Craft Ventures co-founder and general partner David Sacks said that “sentiment is so negative” right now “because the market has sort of collectively realized that the highs that we saw last year were artificial.”

“They were the result of the Fed and Congress and the administration pumping $10 trillion of liquidity into the marketplace,” he told Fox Business on Thursday.

On Tuesday, Federal Reserve Chairman Jerome Powell again said he would commit to raising interest rates to combat inflation rates not seen in 40 years. However, analysts and CEOs have increasingly warned that such actions will spur a recession in the coming months.

“That resulted in inflation and now the Fed has to raise interest rates,” Sacks told Fox Business. “And so over the last six months, there has really been a collapse in valuation levels as people realize that we’re not going to be in this low-interest-rate environment forever.”

Meanwhile, workers’ wages “are not keeping up with inflation and so consumers do not feel as flush and you are starting to see that in quarterly reports,” Sacks added. “And I think this is what’s going to precipitate a slowdown, a recession in the real economy and I think that’s what’s coming next.”

His comments came a day after the Dow Jones Industrial Average plunged 1,100 points after retailers, including Target, suggested the negative impact of inflation would hurt their profits. As of Thursday afternoon, the Dow saw a 200-point drop.

Rising inflation, the conflict in Ukraine, prolonged supply chain snarls, pandemic-related lockdowns carried out by the Chinese Communist Party due to the pursuit of its “zero COVID” policy, and prospects of aggressive policy tightening by central banks have weighed on the markets recently, stoking concerns about a global economic slowdown.

The S&P 500 is down 16.8 percent so far in 2022 and the Nasdaq has fallen more than 26 percent, hit by growth stocks. Valuations for stocks as measured by the forward price-to-earnings ratio have come down sharply in recent weeks and that has increased the appeal of shares for some investors.