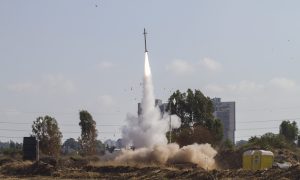 Rockets Fired Into Israel, Military Says 2 of Them Intercepted
0 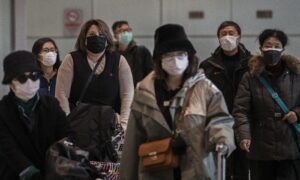 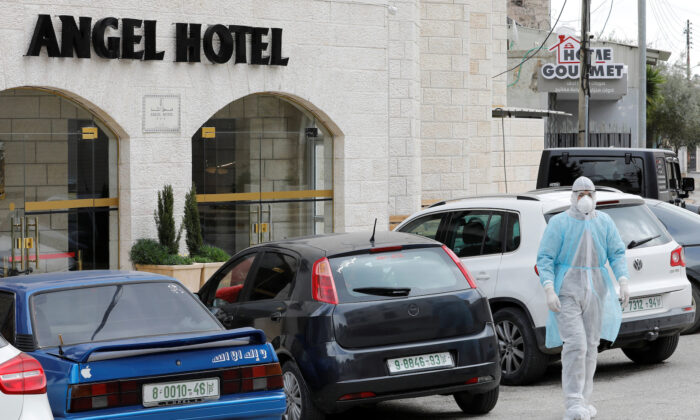 A man in a protective suit walks outside Angel Hotel where, according to a Palestinian government official, a group of American visitors have been quarantined as part of precautions against the coronavirus, in Beit Jala town in the Israeli-occupied West Bank March 7, 2020. REUTERS/Mussa Qawasma
WORLD

BETHLEHEM, West Bank—Fifteen Americans have been quarantined in a hotel in Bethlehem as part of precautions against the coronavirus, a Palestinian government spokesman said on Saturday.

The city in the occupied West Bank has been in lock down since cases of the virus were recorded there on Thursday.

Some of the first cases there were reported among staff at the Angel Hotel. On Saturday, spokesman Ibrahim Melhem said a group of American visitors were in isolation in the building, without going into further details on their condition.

An official from the U.S. embassy in Jerusalem said it was aware of the reports. “Due to privacy considerations, we have no further details to share,” she added.

Palestinian security forces wearing masks and gloves were stationed around the hotel on Saturday, as they have been since the first cases were announced.

“There is a 15-member American delegation in the hotel. They are still there and they are being dealt with according to quarantine regulations like all the others who are there,” Melhem told Reuters.

Authorities have put restrictions on travel in and out of the city and turned away tourist busses.

They have also closed the Church of the Nativity, believed to be the birthplace of Jesus, and shut schools.