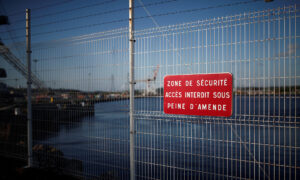 President Obama said that there was one American, Quinn Lucas Schansman, on board Malaysian flight MH17.

“At this point, the individual that I mentioned in the sole person that we can definitively say is a U.S. or dual citizen,” the President said.

“At this point, having worked through the list, this is our best assessment of the number of Americans that were killed.”

The Daily Mail claims that Schansman has dual U.S. and Dutch citizenship.

According to his Facebook page, Schansman studied at the International Business School at Hogeschool van Amsterdam.

The Malaysia Airlines flight was en route to Kuala Lumpur from Amsterdam when it was shot down over Ukraine.

The 298 people on board did not survive the plane crash.

Some of the passengers have been identified in the early hours of the rescue operation, but none of them were American.

“Their deaths are an outrage of unspeakable proportions,” Obama said in a press conference. “The plane was shot down.”

When the news was breaking, Reuters released a report where they cited a Ukrainian official saying that there were 23 Americans on the flight.

Malaysia Airlines has since released a list of the passenger nationalities, but no Americans were listed.

Here is a breakdown of the passengers’ nationalities:

189 Netherlands (including one Dutch-American dual citizen)

Some of the passengers were researchers and activists that were attending an AIDS conference in Australia.

Former president of the International AIDS Society Joep Lange was one well-known researcher who was on the flight.

The Academic Medical Center hospital in Amsterdam said in a statement that “Joep was a man who knew no barriers.”

“He was a great inspiration for everybody who wanted to do something about the AIDS tragedy in Africa and Asia.”

Sharon Lewin, co-chair of the AIDS conference, also said that Lange was “passionate about his job and passionate about global health and improving people’s lives in low-income countries.”

“He was quite visionary actually, I think since the very early days of the epidemic and could see what the challenges were that lay ahead,” she said.