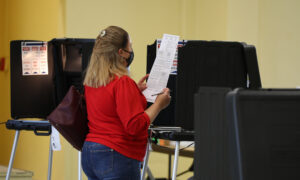 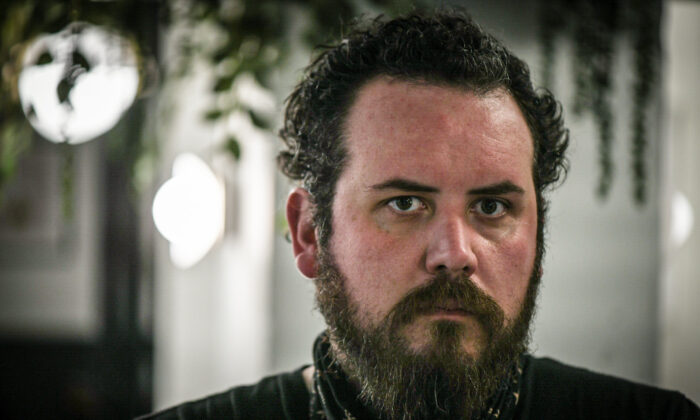 Freedom-loving Americans need to build a “second internet” if they wish for the United States to survive in this era of increasing left-wing, Big Tech domination of the nation’s communications infrastructure, according to tech entrepreneur Martin Avila.

“What we’re seeing BlackRock do with housing, Big Tech’s been doing on the real-estate side of the internet. There’s got to be an alternative here, because if we lose that, we lose everything: They control it all,” he told The Epoch Times.

New York-based BlackRock Inc., run by billionaire Laurence Fink, is the world’s largest asset management firm, with a reported $9 trillion in assets under management. Critics say the company has been buying entire neighborhoods in cities such as Houston and converting single-family homes into rentals and, in the process, pushing those with modest resources out of housing markets.

For years, Big Tech has been sorting Americans into groups that can be easily marketed to, and corroding relationships with friends and family members by producing addictive media platforms that can monopolize users’ time, Avila said.

“Now that so many people are hooked and driven by a desire to crush support for former President Donald Trump, Big Tech has revealed its true face by shutting down open dialogue in the United States,” he said.

“Big Tech has made it clear that they want to exclude from public discussion every single person who challenges their authority, holds alternative beliefs, or thinks even a bit differently.”

By choosing not to do business with certain users, “they are starving individuals, companies, and organizations of the fundamental means required to make a living,” he said. “They censored newspapers, deplatformed Parler, and prevented the president of the United States from communicating with the American people and the world.”

Big Tech has been engaged in a “ruthless” campaign against “the ideals and principles enshrined in our nation’s founding documents,” he said. Even worse, Big Tech is “not only excising our ideas from society—it’s eliminating our very ability to formulate and express them.”

Silicon Valley has no allegiance to the United States, he said. “Instead, it is captive to radical ideologies that repudiate individual liberty, tradition, and transcendent truths.”

Avila pointed to the recent revelation that U.S. billionaire Jeff Bezos’s Amazon Web Services allowed Nida-e-Haqq, an ISIS media organization that promotes content in the Urdu language widely spoken in Pakistan as well as parts of Afghanistan, to disseminate pro-Taliban propaganda, including praise of the deadly Aug. 26 terrorist attack at the airport in Kabul, Afghanistan

Amazon only disabled the offending ISIS website after it was caught redhanded and the matter was widely reported. The incident urgently underlines the need for Americans to be free of the Silicon Valley oligopoly, he said.

“We need a second internet because Amazon will have and host and keep ISIS and Taliban websites up, but at the same time, they will deplatform pages and applications like Parler, and until people call them out, they’re happy to keep doing this,” Avila said. “They’re constantly looking for ways to shut down conservatives and the American viewpoint. People need to be free to build applications and express American ideas.”

Unfortunately, some of the more libertarian elements of the conservative movement haven’t been helpful in taking on Big Tech domination.

“You get the libertarians who hide behind, ‘Well, it’s a private company. We can’t tell them what to do,’” he said. “So then they go and cozy up to China and we’re told that we can’t say anything because they’re private companies? We can’t demand that they institute core American principles? This is nuts.”

Checking the power of Big Tech won’t be easy, Avila said, but it’s not impossible.

By “second internet,” Avila said he means an internet infrastructure that is beyond the reach of Silicon Valley companies.

“Conservatives have to make sure that we’re not living on the highways that liberal big tech companies own, because they will put toll booths and guardrails around what we’re allowed to see,” he said.

“We need a second internet in which you can use your same websites that you have today. You just want to make sure they’re not housed in a place like Amazon, because what happened to Parler will happen to other organizations.”

Avila said it gives him hope that pro-conservative businesses such as Black Rifle Coffee Co. have become the coffee places preferred to liberal Starbucks in some parts of the country, such as the Dallas area.

“People are making choices with their dollars, and people running organizations need to know that the internet, as you know it, the infrastructure—the servers—is owned by Big Tech, largely controlled by Big Tech, and there needs to be an alternative. So that’s why we built it.”

RightForge is able to host websites or build applications for social networks and has servers in every major city in the country, he said.

And RightForge doesn’t moderate the content that it hosts, he said.

“I’m talking to conservative and libertarian organizations that are fighting, pushing back against woke cancel culture, standing up for American values. But we’ll have a platform where anybody can launch any site that they want. The internet should be a place for open debate and free speech and we recognize that sometimes that’s uncomfortable.

“Of course, we’ll abide by all laws. But from where we stand, that’s not the job of a hosting company to moderate the content that’s going on it other than for things that are illegal.”