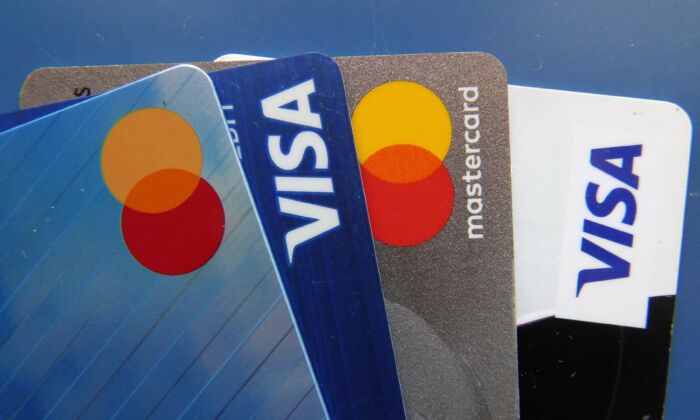 Household debt in the United States increased in the first quarter of 2022, reaching $15.84 trillion despite rising inflation and interest rates, according to a report on Household Debt and Credit published by the Federal Reserve Bank of New York.

“Mortgage balances shown on consumer credit reports increased by $250 billion during the first quarter of 2022 and stood at $11.18 trillion at the end of March. … Non-housing balances grew by $17 billion, boosted additionally by a $7 billion increase in other balances, which include consumer finance loans, retail cards, and unclassified loans,” the report states.

Mortgage originations declined to $859 billion in the first quarter following a “brisk” 2021. This reflects an “unwinding in the demand for refinances,” said Andrew Haughwout, director of the household and public policy research division at the New York Fed, in a May 10 press release.

Mortgage originations were still $197 billion higher than the volume seen during the first quarter of 2021.

According to the report, 68 percent of mortgage originations were among borrowers with credit scores exceeding 760. A new foreclosure notation was added to the credit reports of about 24,000 individuals, up from just 9,000 individuals in the fourth quarter of 2021.

Aggregate limits on credit cards were at $4.12 trillion in the first quarter of 2022, which is $224 billion higher than before the pandemic.

According to the Consumer Financial Protection Bureau, Americans shell out $120 billion in credit card interest payments and fees annually. The Federal Reserve’s 50-basis-point interest rate hike on May 4, intended to combat surging inflation, will require consumers to pay an extra $3.3 billion in credit card interest this year, according to a study by personal finance publication WalletHub.

However, nine out of 10 Americans are more worried about soaring gas and grocery prices than rising credit card rates, WalletHub reported.

Auto loan balances rose by $11 billion to a total of $1.47 trillion in the first quarter of 2022, according to the Household Debt and Credit report. Student debt, which rose by $14 billion, totaled $1.59 trillion.