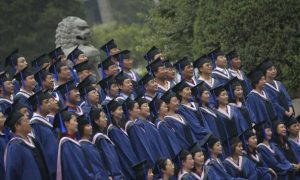 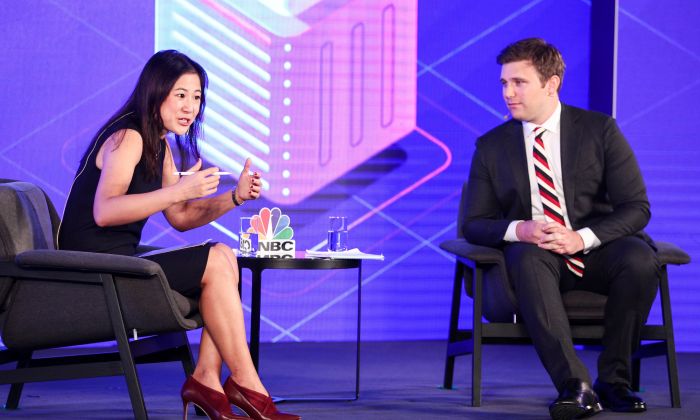 The firing of two American teachers by a Chinese online education company for discussing politically sensitive topics has highlighted concerns over the reach of Chinese censorship overseas.

VIPKid, a Beijing-based company that provides online one-one-one English language instruction, fired two American teachers because they talked about Taiwan and the Tiananmen Square massacre with their students, the Wall Street Journal (WSJ) reported on March 21.

The company has become one of the leading online education startups in China. VIPKid says it has more than 60,000 teachers in the United States and Canada who teach more than 500,000 students, who are mostly based in China.

The WSJ reported that since last year the company’s teaching contracts have stated that discussing “politically contentious” topics could result in dismissal.

VIPKid also warned teachers who use maps that do not label Taiwan as part of China that their contracts may be terminated if they do not change it to the version approved by the regime, the outlet reported.

Topics relating to Taiwan being an independent country and the Tiananmen Square massacre are heavily censored in China.

The Chinese Communist Party sees Taiwan as part its own territory and has not renounced the use of force to take the island under its control.

The regime also continues to deny it ordered the killing of throngs of Chinese students protesting for democratic reform on June 4, 1989 in Tiananmen Square, Beijing. Textbooks in China do not mention the event and discussion of the topic is scrubbed online.

VIPKid is being valued by investors at roughly $6 billion, the WSJ reported, and is trying to raise $500 million from the United States and other countries.

Commentators say that this instance shows that regime has exported its system of censorship abroad.

“Moreover, it even monitors what foreign teachers can teach. It shows that the CCP lacks confidence.”

A former history professor at China’s Weifang University, Liu Yinquan, told sister media NTD: “The biggest problem with China’s textbooks is that it’s a tool to serve the one-party dictatorship, especially in the area of history.

“Any event in history that doesn’t benefit the CCP will be replaced with an invented version of events.”

Liu said that since the content in textbooks are censored, the CCP controls what teachers can teach to their students.

“Teachers should have their rights, especially these foreigner teachers. They enjoy free speech in the United States, but are deprived of their basic human rights [when they work for a Chinese company,]” Liu said.