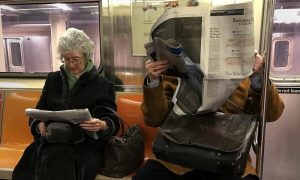 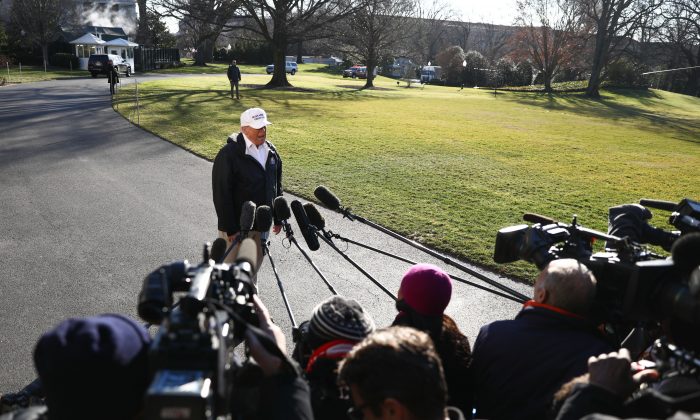 When professor Jordan Peterson talks, people listen—a lot. In a recent interview, he spoke about trust, praising the amount of trust in the West. He implied that it’s one of our greatest natural resources. In that, he’s entirely correct.

We can’t have free enterprise, or trade, without trust in each other. We can’t have decent discourse if we lose that trust. Trust is central; we need it to function well. Trust and faith are twins. Faith in our institutions and trust in each other can’t be minimized. We give our credit cards to people we don’t know, which is remarkable.

John Adams spoke of it this way: “Our Constitution was made only for a moral and religious people. It is wholly inadequate to the government of any other.”

No, we cannot afford to lose trust. We are a country benefiting from trust like few others. Lose that, and the slippery slope begins to destroy us. It’s the background for so much. Trust allows us to get up and continue through the normal hardships of life. Most of us aren’t aware of the network of trust that binds us; it’s just been there. We allow tradesmen who we don’t know in our homes; we show up to work believing we can better ourselves; we give promises to each other.

Trust. Without it, we are toast. Which is why we should be angry. Our media has become untrustworthy, as has the left and its party. They are engaged in a purposeful attempt to break our bonds of trust.

Firstly, our national media is a disgrace. Totally. They, and their leftist bias—which they won’t admit—are leading the charge to break down trust in this country. Sometimes, they know what they are doing, but mainly, they have been immersed in their own culture of deceit, a culture that has broken faith by being untrustworthy about so much and for so long.

Most on the center-right have known the media leans left. Our media has chosen to bolster and protect the Democratic Party for decades. Most of us were shocked as the media became fully weaponized by the hard-left during the Obama years. And now, we get to endure their reaction to Trump winning the presidency. Actor James Woods said it best: “This nation has endured two years of hell, all because some drunken old hag didn’t get ‘her turn.’ ”

We had to endure eight years of the media covering for an inept and dishonest Obama. They never reported the ugly realities that the Obama administration brought on us. They shielded Democrats from criticism of any kind, and still do. This allowed the left to misbehave without consequences, the worst being the ethically compromised takeover and politicization of government agencies such as the IRS, the FBI, and the Department of Justice.

To this day, the leftist media actually reports that the Obama administration was totally ethical, and had no scandals. A bigger lie is hard to find. They give the Soviet newspaper Pravda a historical run for their money.

We are now in a thriving economy, we are more optimistic, and our lives are demonstrably better with President Donald Trump (even in the world of international relations), yet they don’t report those truths. Silence is what they do with stories that hurt their leftist narratives. Instead of news, they give us the daily report of how awful Trump is—hour after hour of made-up news. Hour after hour of our 24/7 news cycle is devoted to one thing: destroying Trump.

Let me say this: Everyone in the media knows they are taking part in this. Every one of you, left or right, knows this is the central principle that the leftist media lives by.

The current hard-left Democratic Party knows full well they are aligned with the media, and the media is aligned with them—one and the same. They all know their roles; they all know how to communicate the narratives with each other, and hold the nation hostage with their dishonesty. They all know their lives are made better by making up things concerning Trump. Many of them know the significance of doing so in such an extreme way, trust be damned. Many know, and can see, the fruit of their labor is to make our country lose trust. They just don’t care.

The sad part is they are willing to tear this country apart to achieve their new goal. Nothing is too extreme for Trump annihilation. There’s nothing too petty and ugly to be used to tar his supporters. No lie is too big, no narrative is too stupid. Nothing will stand in their way; not even terminating trust, the glue of great civilizations.

To those on the center-right, who believe in American Renewal, and in the American experiment of free enterprise and exceptionalism, allow me to speak an important truth—principles to help keep our sanity in this age of deceit.

Of utmost importance is to find how to make informed opinions. We have to understand the forces that want to break us. We have to refuse to believe leftist, emotion-filled propaganda. Each person must become unstoppable in self-education.

Know this: The left wants to break down this country. They want themselves to be the arbiters of truth. Resist the temptation to give up. Resist the temptation to give in to this brazen leftist attempt at breaking our culture. Find a way to know what you can trust, who you can trust, and stay friends with those who share your values. Enjoy life, live well.

Then reach out to the lost on the left the best you can.

To those on the center-left: You’re not going to like this, but listen up. You have placed your trust in leaders and cultural icons who have lied to you, continuously. They have used you for a long time. They use you for votes; they use you to maintain power. They are the ones you shouldn’t trust; they are the ones who have asked you to hate. Just walk away from them.

If you are willing to look at rational viewpoints that differ from your own, and if you, for the first time, are seeing how jaded the leftist leadership has been, leave them. Go to the works of Candace Owens and her movement called “Blexit.” Go watch the original “Walk Away” video and its many offshoots. Sign up for the videos of PragerU. Check out Instapundit to see the constructs of what used to make up being a liberal. Thoughtful discourse, out-of-the-box thinking, and intellectual honesty were all once “liberal” principles. No more.

The only way the left will stop is for Americans to stand up and stop them. Think clearly. Develop a way to help. Find a way to fight. We are still the last best hope. The left isn’t a part of that hope. They have opted to be treacherous.