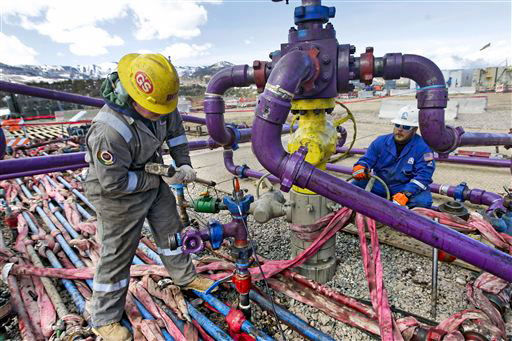 U.S. oil production is set to rise above $80 a barrel, with the surge in prices seeing a boost in output by shale producers.

Benchmark U.S. crude futures prices have jumped more than $5 a barrel since the end of December.

Oil prices hit at a two month high on Jan. 12, with U.S. crude inventories posting a decline for a seventh straight week.

Producers have increased the number of operational pressure pumps in the basin by 5 percent in December.

The Permian fields are expected to account for the vast majority of the projected boost in U.S. output of up to 900,000 bpd in 2022 and is expected to rise to a record high the following year.

The current production estimate for this year is expected to be at 11.8 million barrels a day, according to the Energy Information Administration (EIA).

The boost in output is expected to increase the oil supply to an average 12.41 million barrels a day by 2023, according to the EIA.

That figure would surpass the current annual high of 12.3 million barrels a day set in 2019, according to the agency in its monthly Short-Term Energy Outlook report.

Crude output fell last year to about 11.18 million bpd after storm damage to oil production in the United States and as demand for fuel collapsed during the pandemic.

Oil prices have since recovered by more than 50 percent, but major producers have been wary of bringing back supplies too quickly and have kept monthly production below pre-pandemic highs.

The EIA said that the projected recovery in U.S. crude output would mark nine consecutive quarters of positive growth, which began in the last three months of 2021.

The boost in U.S. shale oil comes as OPEC and its allies have struggled in recent months to meet their 2022 targets for higher production.

Unrest in Kazakhstan, Ukraine, and in Libya have raised supply concerns, raising the price of U.S. oil to more than $81 per barrel from $53 a year ago.

“Relatively high crude oil prices should result in an ample availability of funding to support the production increase,” the EIA said.

The agency sees domestic output surpassing 12 million barrels a day from the fourth quarter of this year into 2023.

Spending on drilling and completion may rise 22 percent, the strongest year-over-year gain since 2006, according to Bank of America analysts cited by Bloomberg.

Bank of America also predicts that oil will hit $120 per barrel by the end of June 2022.

Meanwhile, the EIA reported a 4.6 million-barrel fall in U.S. crude supplies at the end of last week, with the lowest weekly supply reading since 2018, to 413.3 million barrels, excluding the Strategic Petroleum Reserve.

The agency sees global petroleum supply rising this year to 101.05 million bpd and expects global production will rise to 102.8 million bpd in 2023.