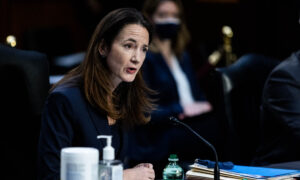 Spy Chiefs Say They Don’t Know How Virus Started, But That China Has Not Been ‘Fully Transparent’
0
Share Now
TelegramFacebookTweetEmailTellMeWeReddit
Copy Link 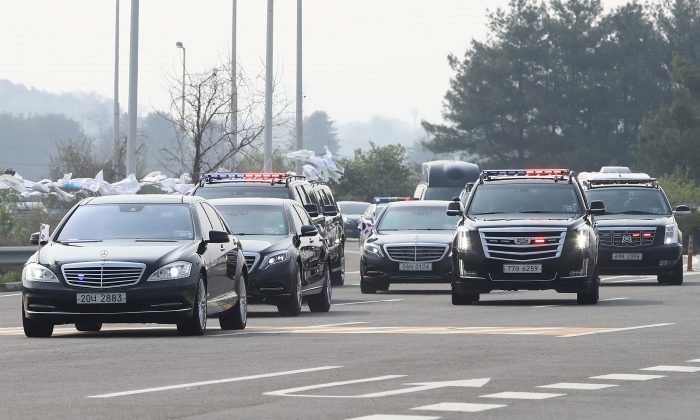 The leader of the U.S. delegation, Sung Kim, was called from his assignment as an envoy to the Philippines, according to the Washington Post. Sung Kim crossed into North Korea and met with the communist regime’s Vice Foreign Minister Choe Son Hu. The pair had previously negotiated a denuclearization agreement in 2005.

The American team also included Allison Hooker, a Korea expert on the National Security Council, and an unnamed Department of Defense official. Sung Kim was an ambassador to South Korea from 2011 to 2014. He then became a special representative of North Korea Policy.

“Our United States team has arrived in North Korea to make arrangements for the Summit between Kim Jong Un and myself,” Trump wrote on Twitter on Sunday. “I truly believe North Korea has brilliant potential and will be a great economic and financial Nation one day. Kim Jong Un agrees with me on this. It will happen!”

The Americans are expected to continue the meetings on Monday and Tuesday with just over two weeks left until the planned June 12 summit in Singapore. The talks are being held at the Unification House, the same building where Kim Jong Un and South Korean president Moon Jae-in met on Saturday.

Kim told Moon that he is still committed to the meeting with Trump and to complete denuclearization.

“We two leaders agreed the June 12 North Korea-U. S. summit must be successfully held,” Moon said, according to the Post.

Kim Jong Un’s willingness to hold the summit as scheduled is a tactical victory for Trump, who on Thursday pulled out of the meeting, citing combative rhetoric from Pyongyang.

After Trump pulled out, North Korea replied with a tempered statement indicating that it was still willing to meet. Shortly after, Trump revealed that talks between the two countries are continuing and that a summit may still take place as scheduled.

Trump would become the first American president to meet a North Korean leader in person.

North Korea has already made several major concessions. Pyongyang released three American hostages, agreed to the goals of peace on the Korean peninsula and complete denuclearization, and destroyed its only nuclear test site.

Trump acknowledged Kim for each concession but has maintained a commitment to continuing maximum pressure and sanctions until Pyongyang completely abandons its nuclear weapons program.