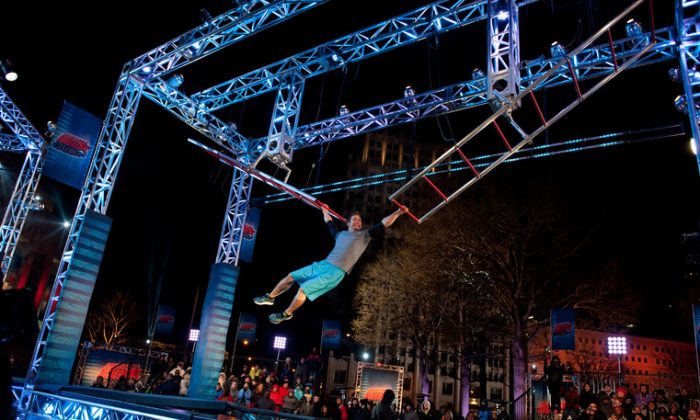 The American Ninja Warrior finals continue on Monday, July 21 with another finals round.

The finals kicked off in Venice Beach on July 7 and shifted to Dallas a week later.

Now contestants in St. Louis will try to advance in the competition.

“They will face the Salmon Ladder, Rumbling Dice, Crazy Cliffhanger and Spider Climb. The St. Louis competitors will vie for a chance to compete in the Las Vegas finals, to win a cash prize of $500,000 and the title of ‘American Ninja Warrior.'”

The finals continue in Miami on July 28 after a repeat of the Dallas finals–which featured Kacy Catanzaro–on Sunday night.

According to the latest schedule, the finals will wrap up in Denver on August 4, with the next round starting a week later.

American Ninja Warrior has been so popular that the show has already been renewed for a season 6–and casting has begun for season 7.

“The renewal of these three series is evidence that we continue to hit our stride in delivering quality entertainment to a broad viewership,” said Paul Telegdy, President, Alternative and Late Night Programming, NBC Entertainment, in a statement, referring to Ninja Warrior, America’s Got Talent, and Last Comic Standing.

“All of the hard-working talented people on these shows – both behind and in front of the camera – should feel very proud of their achievements.”