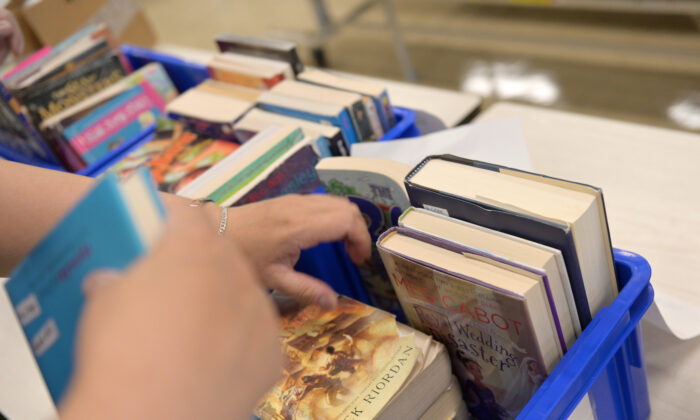 The American Library Association (ALA) destroyed a webpage that taught librarians how to secretly promote pro-LGBT messaging.

The original page, written by Maryland librarian Tess Goldwasser, told librarians how to sneak pro-LGBT books into towns that don’t want them.

“Do you work for a library in a small, rural, conservative community? Are you a frontline staff member there, with no managerial or administrative authority? Do you wish you could do more to make your library more inclusive to the LGBTQIA++ community, but meet with resistance?” the post about LGBT book month read. “I hope it’s not just me!”

Now, the link to the page leads to an error message. A search of ALA’s website doesn’t show the original page, although it does show the page’s old entry on search results.

The Epoch Times contacted the ALA but has yet to hear back.

According to Dan Kleinman, the leader of the library watchdog group Safe Libraries, the ALA has a long history of actions like these.

“This is an established pattern by the American Library Association of hiding things from the public,” he said. “When the public sees what they’re doing and becomes aware of it and they realize how embarrassing it looks, they take it down.”

Kleinman added that on numerous occasions, he has seen the ALA remove articles from its site.

In one instance, Kleinman publicized an ALA page that insisted that librarians can’t determine whether something is child pornography because they aren’t judges.

Then the ALA changed the page, he said. After the controversial claim was gone, the ALA’s Office for Intellectual Freedom director Jamie LaRue mocked him for saying it was there without proof, Kleinman said.

In its rush to popularize radical gender activism, the ALA put safety on the back foot, Kleinman said. In one case, child sex offender drag queens were allowed to read to children at a Houston, Texas library.

“The reason why they didn’t follow their policy to vet people before they let them go see children is because the librarians felt that it would have been a microaggression to assume the drag queen had a criminal record,” said Kleinman.

The ALA originally began promoting far-left gender ideology five decades ago under the leadership of Judith Krug, the director of the American Library Association’s Office for Intellectual Freedom, Kleinman said.

To oppose this spread of radical sexual material to young children, parents need to get informed and run for office on school and library boards, Kleinman said.

“So many people are just simply not aware of this issue. That’s why it goes on. That’s why these librarians get to screw people over,” he said.