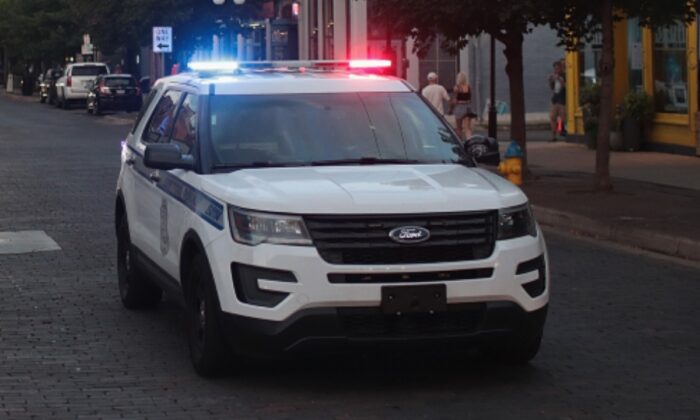 In Bucyrus, Ohio, the local police department was forced to put three cruisers they purchased in October into storage where the vehicles sat waiting for parts until this week.

Bucyrus police chief Neil Assenheimer was also forced to wait about 10 months for new ammunition for an order placed early in 2021.

“When it comes to ordering tablets or body cameras or any of that stuff, it’s not like it was even two years ago, where you order something today and you have it next week,” the chief told the Bucyrus Telegraph-Forum in an interview. “It’s a real thing when you start talking about shortages and what not.”

Assenheimer said that departments are now being told to expect a 12- to 16-month wait for ammunition.

Although most officers do not necessarily have to use their weapons much while on duty, ammunition for training is important to have.

In addition, his department is still waiting for new body cameras.

“The body cameras we have now, the camera head is attached by a wire to the recording unit, and the ones we’re getting from Getac are all one piece, so I’m really hoping that improves the overall durability of our cameras and we don’t have to replace them nearly as much,” he said.

Law enforcement equipment stores like Parr Public Safety Equipment of Ohio, which is a major supplier for police departments in cities like Cincinnati and Dayton, are also reporting police cruiser shortages.

The company converts newly manufactured vehicles into “full-blown” police cruisers, installing everything from the light bars and consoles to the decals and dividers, and offers gear such as uniforms and body armor.

“Everything is delayed,” said Travis Watson, vice president of sales for Parr in an interview with the Bucyrus Telegraph-Forum.

“The way it was two years ago was if you ordered a cruiser from Ford, typically from the time that you ordered it to the time you got it was about 10 to 12 weeks, but what we’re seeing now is there’s no timeline at all.”

The Cincinnati Police Department put in an order for 20 patrol cars in October, which have yet to be delivered by Ford.

The vehicles were normally delivered in about six weeks after Ford provided a manufacture date, Watson said.

Personal equipment for law enforcement officers is facing a shortage as well.

Shortages of body armor and uniforms throughout the country are delaying the deployment of new police officers, who are still waiting to go on patrol.

Police departments usually make bids for purchases, get multiple quotes, or purchase cars and personal equipment under a state contract to ensure they’re getting the best price.

City councils must then approve purchases and pass legislation before a purchase can be made.

For most police departments, the acquisition process before the pandemic usually took at least a month.

Many ammo manufacturers had predicted the current shortages, as acquisition lead times had substantially increased over the past decade leading them to make plans to stay ahead of the worsening curve.

Law enforcement agencies are extending the service life of existing police vehicles in the motor pool and searching for alternative suppliers of uniforms.

“We try our best to stock and stay ahead of it, but again, there’s only so much we do,” said Watson.