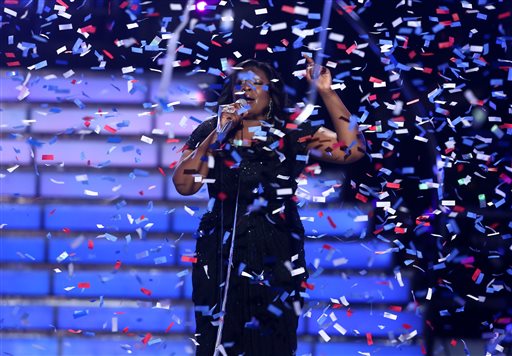 Candice Glover performs on stage after she was announced the winner at the "American Idol" finale at the Nokia Theatre at L.A. Live on Thursday, May 16, 2013, in Los Angeles. (Photo by Matt Sayles/Invision/AP)
Entertainment

Some previous winners have gone on to have successful careers, including Carrie Underwood.

Glover’s singing brought the judges to tears and at other times to their feet, according to the Huffington Post.

She was cut before in auditions for “American Idol,” but decided to keep trying to get on the competition.

“I definitely was hurt and brokenhearted when I got cut, but for some reason, even though I kept saying I wasn’t coming back, I kept thinking, “Well, maybe this time it’ll work.” I would always say no, but then I would find myself looking at auditions again online,” she told the Los Angeles Times. “I’m so glad it worked.”

Her winnings included a new car from Ford, a sponsor of the show.

She said she wants to come out with an album and model her career after Jennifer Hudson, including acting getting involved in other fields.