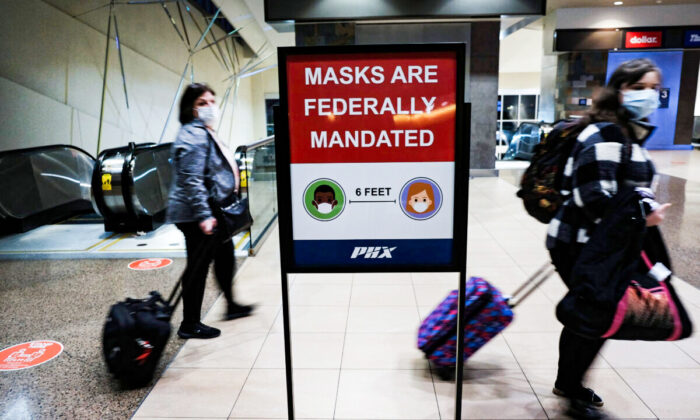 American Concern Over the Pandemic Hits a Record Low

Fewer than one in ten Americans say that they’re concerned about the CCP virus, after more than two years of pandemic restrictions and mandates, according to a new poll by the Axios/Ipsos survey published on April 12.

The new poll came out as many states across the United States are easing pandemic-induced regulations such as mask mandates and vaccine requirements and as millions of Americans are experiencing COVID fatigue.

Many are wishing for a return to normalcy and to resume their normal lives and routines.

Nearly three-quarters of Americans, or 73 percent, said that the pandemic was “a problem, but manageable” and no longer a “serious crisis.”

Seventeen percent of respondents said it was “not a problem at all,” while just 9 percent still called it a “crisis.”

In a clearly partisan split, Democrats are five times more likely than Republicans to describe the CCP (Chinese Communist Party) virus as a “crisis,” about 16 versus 3 percent.

Republicans are 10 times more likely than Democrats, 31 to 3 percent, to believe that the virus is “not a problem at all.”

More than a third of those surveyed, about 37 percent, said they are going to resume their pre-pandemic lifestyles, with two-thirds saying they have visited friends and family in the past week.

Sixty-five percent of those interviewed said they have gone out to eat at a restaurant in the previous week.

Fewer 22 percent said that their employers are still requiring them to wear masks, down from 39 percent from the same time in March.

Merely 19 percent of respondents said that they wear a mask all the time outdoors, down from 26 percent last month.

Only 36 percent surveyed said that they still support stores and restaurants to require a potential customer to show proof of vaccination, which was finally lifted in metropolitan areas like New York City.

More than half of Americans, or 51 percent supported that policy in early February.

However, 44 percent of respondents still support state or local government mask requirements in public places, down from 67 percent at the start of this year.

Philadelphia announced on April 11 that it would reinstate indoor mask mandates amid an alleged rise in cases.

The April poll surveyed 1,043 adults and had a margin of error of plus or minus 3.4 percentage points.