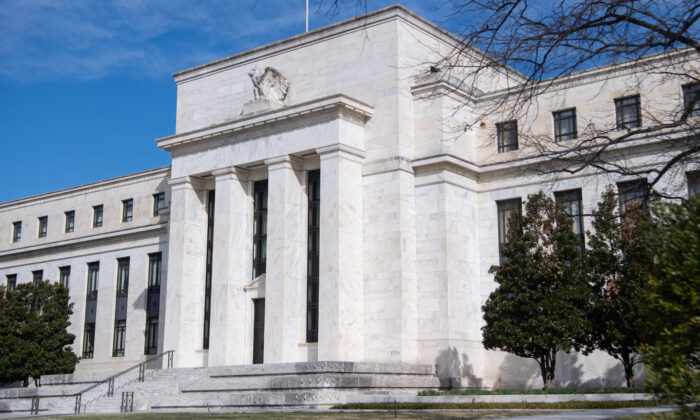 American banks lost a record $370 billion in deposits in the second quarter, the first decline since 2018, according to the Federal Deposit Insurance Corporation in its quarterly summary.

FDIC insured commercial banks and savings institutions had a net income of $64.4 billion in the quarter, down 8.5 percent year over year, primarily due to higher provision expenses.

Provision expenses increased $21.9 billion from the same quarter in 2021, driven largely by banks with more than $250 billion in assets.

Despite making up only 3 percent of the total number of FDIC insured institutions, major banks with assets worth more than $10 billion accounted for 80 percent of the industry’s earnings at end of the second quarter, Zacks reported.

These include JPMorgan Chase & Co., Bank of America Corp., Citigroup Inc., Goldman Sachs Group Inc., and Wells Fargo & Company, which are currently slashing positions in a reversal from the second quarter, when staff numbers climbed.

“These risks include the effects of high inflation, rapidly rising market interest rates, and continued geopolitical uncertainty. Taken together, these risks may reduce profitability, weaken credit quality and capital, and limit loan growth in coming quarters,” he noted.

Banking deposits grew by about $5 trillion over the past two years due to pandemic stimulus cash, nearly triple the amount held before the pandemic. The Federal Reserve has since hiked interest rates to slow the pace of inflation, causing much of those reserves to leave the system by decreasing demands for loans while boosting demand for government bonds, The Wall Street Journal reported.

Government bonds tend to be more popular when there is a spike in benchmark policy rates, as banks witness their customers move their money to areas that benefit from higher interest payments.

The rapid pace of interest rate increases exceeded the amount earlier predicted by analysts, which has had a strong effect on bank deposits.

The Fed intended to reduce its cash reserves in an effort to tighten the supply of liquidly, but only to a certain level that would provide the markets with enough cash in order to properly function.

Economists predicted in April that a rise in interest rates would cause liquidity to initially flow out of the Federal Reserve Bank of New York’s short-term storage program (referred to as a reverse repurchase or “reverse-repo” facility), but customer bank deposits witnessed a rapid drop instead.

This led bank reserves at the Fed to shrink faster than expected, which may force it to slow down its monetary tightening policy at the beginning of 2023.

In an interview with The Wall Street Journal, former Fed official Bill Nelson said the reverse-repo program will decline next year, giving the Fed more time, but that the latest news may change the situation.

Meanwhile, higher interest rates, which had previously led to a boost in the sector’s net interest income by allowing banks to charge more for loans, had less of an impact.