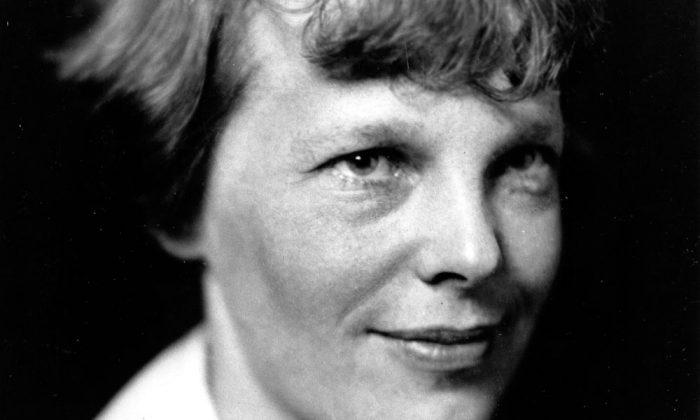 After reviewing sonar images taken underwater off the North-Pacific island of Nikumaroro last summer, a group searching for Amelia Earhart’s airplane announced Tuesday that it has a lead.

An apparently man-made object that could be part of her Lockheed Electra airplane was found where the search team hypothesizes Earhart may have landed in 1937.

The International Group for Historic Aircraft Recovery (TIGHAR) embarked on the $2.2 million-dollar search effort in July 2012. It targeted an area near the site of an object spotted in a 1937 photograph taken months after 39-year-old Earhart disappeared during her attempt to become the first woman to fly around the world. It is known as the Bevington Object, named for British Colonial Service Officer Eric Bevington who photographed it.

TIGHAR’s seach site was located between the Bevington Object and the SS Norwich City, a British steamer that crashed on the island’s reef in 1929.

“All the targets we checked turned out to be coral rocks or Norwich City wreckage and, because we lost more than half of our budgeted search time to equipment problems, we didn’t get to finish … exploring all of the catchment areas before we had to leave,” explains the TIGHAR report.

The equipment the team used did not allow it to view all the underwater video footage in real time. After months of review, TIGHAR locked onto the grainy image of an object on a catchment ledge at the base of an underwater cliff off the island shore as a promising lead.

Forensic imaging specialist Jeff Glickman is 100 percent sure it is a man-made object, and 80 percent sure it relates to the Bevington Object. He notes in the TIGHAR report, however, that his assessments “are subjective and are based upon my knowledge and experience as opposed to being objective, calculated probabilities.”

Other experts consulted by TIGHAR had varying opinions, but all agreed it was worth further investigation.

Another lead TIGHAR found during its search was a broken bottle believed to have once held Earhart’s freckle-diminishing cream.

The bottle matches the packaging of Dr. C.H. Berry’s Freckle Ointment from that time period, and traces of mercury were found on it—an ingredient in freckle cream.

Researcher Joe Cerniglia told Discovery News in June that he had not found any other products using the same packaging that also contained mercury. He also noted: “It’s well-documented Amelia had freckles and disliked having them.”