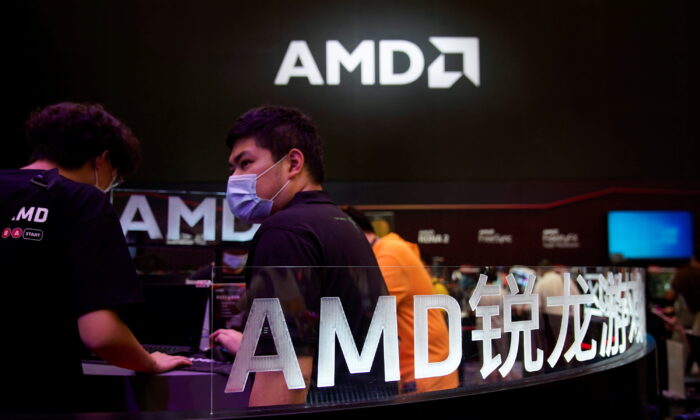 Signs of AMD at the China Digital Entertainment Expo and Conference in Shanghai on July 30, 2021. (Aly Song/Reuters)
Technology

Advanced Micro Devices Inc. on Wednesday said U.S. officials have told it to stop exporting its top artificial intelligence chip to China, according to a spokesman.

The company said new license requirements prevent shipment of its MI250 chips to China but it believes its MI100 chips are not affected by the new requirement. The company said it does not believe the new rules will have a material impact on its business.

AMD shares had been down 2 percent in after-hours trading after rival Nvidia said the new rules could cost it up to $400 million is sales.