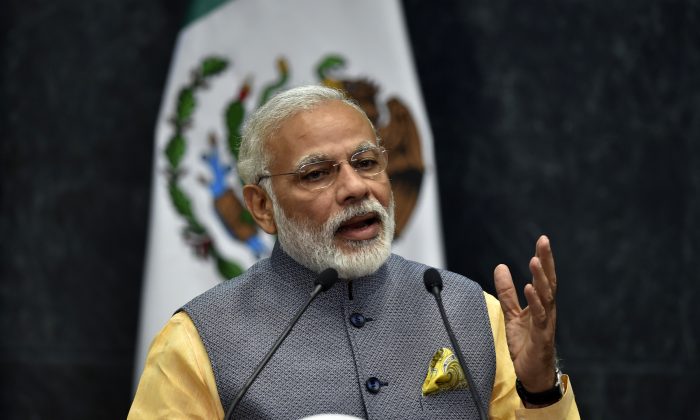 LONDON—India under Prime Minister Narendra Modi has been a once-in-a-generation opportunity for reorienting ties with the United States. Modi is undertaking his fourth visit to the United States since taking office and his last engagement with the Obama administration for President Barack Obama, strengthening U.S.-India ties is an achievement in an otherwise underwhelming foreign policy track record, and the two men have developed personal rapport. Both would like to institutionalize this rapport so that long-term sustainable outcomes can be achieved.

Even as Modi reinforces his credentials as the politician best placed to move forward not only Indian economic reforms but also Indo-U.S. ties, he must address concerns in the U.S. polity about India’s record on religious tolerance as well as on economic issues such as protection of intellectual property and high tariffs. There is a strong bipartisan commitment in Washington for the issue and Modi cannot let that waiver.

At a time when the U.S. Congress is tightening the screws on military aid to Pakistan and has effectively blocked the funding of F-16 fighter sale, the U.S. House of Representatives in May approved a bipartisan legislative move to strengthen defense ties with India, bringing the nation on par with NATO allies in so far as defense equipment sales and technology transfer are concerned. The amendment on security cooperation asks the U.S. government to enhance India’s military capabilities and promote co-development opportunities and calls upon New Delhi to move towards combined military planning with the United States for missions of mutual interest. A similar bill has also been introduced in the Senate.

Indo-U.S. defense ties have soared under the Modi government powered by defense trade between the two worth $14 billion in 2015. The two nations are collaborating on joint projects with a significant strategic imprint such as aircraft carrier and jet engine designs. Joint exercises are routine with new areas such as anti-submarine warfare being explored. India has yet to agree to the U.S. request for joint patrolling of the sea lanes, though after years of wrangling, in April agreed in principle to open up its military bases to the United States. This pact is expected to be signed during Modi’s U.S. visit. Such sharing and exchanging of logistics would allow the two naval forces to refuel and re-provision expeditiously.

Indo-U.S. defense ties have soared under Modi, powered by defense trade worth $14 billion in 2015.

Indian moves towards the United States are driven in large measure by China’s openly hostile acts vis-a-vis India. The Modi government’s initial outreach towards China has not resulted in any improvement in bilateral ties. Instead China’s anti-India posture seems to have taken a new vehemence. China blocked the United Nations from banning Jaish-e-Mohammad chief and the January Pathankot terror strike mastermind Masood Azhar by the global body as a favor to Pakistan by insisting that U.N. designation of any individual as terrorist is a “serious issue.” And China is working in concert with Pakistan to block India’s entry into the Nuclear Suppliers Group, the 48-nation grouping that controls nuclear-related exports. The United States supports India’s entry into the club and has come out fighting for the cause.

India received a one-time clean waiver from the NSG in 2008 after convincing the group of the effectiveness of its export-control regime which was deemed to be in line with global standards. The Bush administration lobbied for India extensively with President George W. Bush himself talking to his Chinese counterpart after Beijing refused to budge until the last minute. Today, India wants to be part of the decision-making at the highest levels of global nuclear architecture. As a rising and responsible nuclear power, New Delhi would like to be a part of this structure and India’s participation will also make the decision-making process of the NSG more credible.

China is taking a hard line and its opposition to India’s entry seems unlikely to change. Whereas the United States and other supporting members have called for India’s inclusion based on New Delhi’s non-proliferation track record and the U.S.-India civil nuclear accord, China has made the Nuclear Non-Proliferation Treaty signature as its central argument to scuttle India’s’ entry. Beijing is claiming that a “compulsory” requirement for NSG membership is that “the NSG members must be signatories to the NPT.” Apart from the NPT rhetoric, China has also encouraged Pakistan to apply for NSG membership so as to link New Delhi’s entry with that of Islamabad’s knowing full well that there will be few takers for Pakistan’s case. The United States has declared its support for India’s full membership since 2010, and the U.S. State Department promptly came to India’s defense reaffirming the view that “India meets missile technology control regime requirements and is ready for NSG membership.”

Such obstructionist acts by China are only serving the cause of strong Indo-U.S. ties. But the Modi government’s role itself should not be discounted. The administration does not carry the ideological baggage of its predecessors. Though it was the Congress Party–led government which signed the nuclear accord with the United States in the face of bitter domestic opposition, it has been ambivalent about the U.S. role in Indian foreign policy.

Modi wants India to emerge as a leading global power, one that can shape global outcomes.

Modi, by contrast, wants India to emerge as a leading global power: not a non-aligned power or a bridging power, but a power that can shape global outcomes. He recognizes that New Delhi needs Washington’s support in this endeavor and is willing to take risks towards that end while not abandoning India’s traditional historic friendship with Iran, criticized by some in the U.S. Congress. Modi’s visit to Tehran in May resulted in the signing of trilateral Chabahar agreement between India, Afghanistan, and Iran with India making about $500 million available for this project after years of dilly-dallying from New Delhi. The Chabahar port holds immense strategic and economic significance, allowing India to circumvent Pakistan to develop connectivity with Kabul. The port is also viewed as India’s challenge to the China-Pakistan Economic Corridor.

In addressing a joint session of the U.S. Congress, Modi will be welcomed by the U.S. polity against a backdrop of developments on the domestic political front, including his party’s impressive performance in regional elections which has given his image a much needed boost in India.

Though the Indian economy continues to do well with an estimated growth of 7.6 percent in 2016 and India replacing China as the top destination for FDI in 2015, there are concerns about Modi’s ability to push a reform agenda through the parliament. There is renewed hope that Modi government’s centerpiece reform initiative—the Goods and Services Tax—can now be passed through the parliament with help from regional parties.

As Prime Minister Modi makes his case to the U.S. Congress that his government views the United States as his country’s primary strategic partner, it is important for Washington to listen carefully and respond adequately. Strong cross-border relationships require broad-based domestic support. Recent sharp criticism of India’s human rights record by influential Republican senators underscores the challenges that Modi government faces in meeting American expectations. For India to develop stronger strategic ties with Washington, the Modi government must bring to heel its extremist Hindu rank-and-file and the administration’s authoritarian tendencies in dealing with NGOs. Strong ties between the two countries must built on broad public support in both countries. This will be Modi’s challenge as he reaches out to Washington.

Harsh V. Pant is professor of international relations at King’s College London and the author of “India’s Afghan Muddle.” Copyright © 2016 YaleGlobal and the MacMillan Center. This article was originally published on YaleGlobal Online.