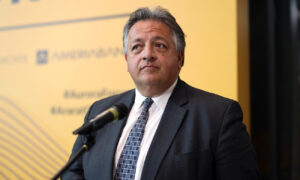 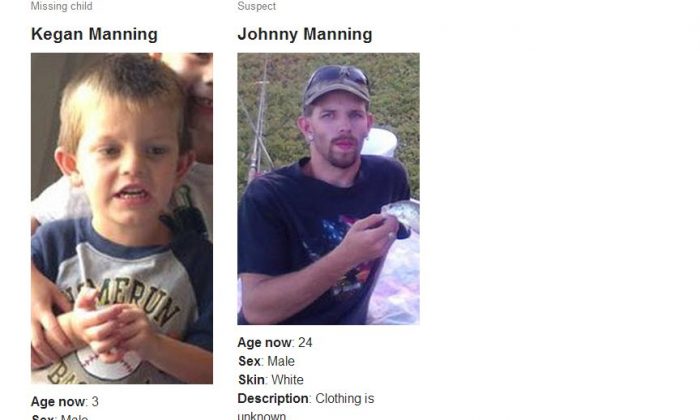 A screenshot shows Kegan and Johnny Manning.
US

An Amber Alert was issued in Oklahoma for 3-year-old Kegan Manning on Wednesday, and officials said his father, Johnny Manning, is the suspect and is armed with knives and could have guns.

Cherokee County issued the Amber Alert after Manning, who is driving a white 2000 2-door Pontiac Grand Am, apparently took his son at around 8 p.m. on Tuesday. The alleged abduction took place in Cookson, Okla.

Officials said he also might be driving a a 2004 black Chevy Tahoe with the license 524-EUI. It has a large brush guard on the front, reported KFOR-TV.

If anyone has information about the incident or sees the suspect and child, they should call Cherokee County Sheriff’s Office at 918-456-2583.

[View the story “Amber Alert in Oklahoma” on Storify]