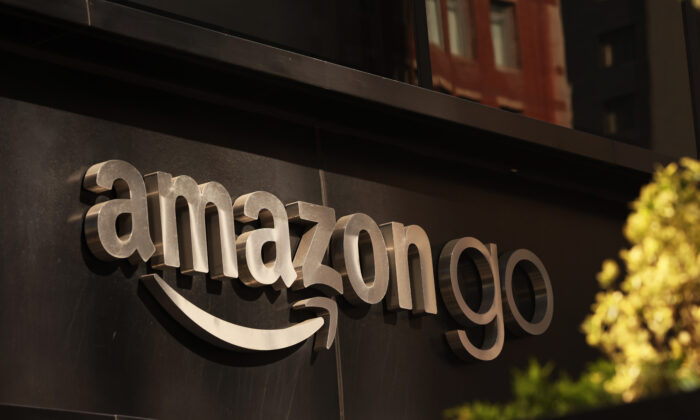 Shares of Amazon.com Inc. fell 14.05 percent on Friday in its steepest one-day drop since 2006, leaving the widely held stock near two-year lows. Late on Thursday, the e-commerce giant delivered a disappointing quarter and outlook, swamped by higher costs.

Amazon lost $3.8 billion in the first quarter of 2022, largely due to a slump in online shopping, higher prices from inflation, and supply chain backlogs, as well as its investment in electric car manufacturer Rivian Automotive Inc.

The retailer lost $3.8 billion in the first quarter, compared with $8.1 billion in profits the same time in 2021, when online orders from workers at home had surged because of the pandemic, The Wall Street Journal reported.

Amazon’s revenue rose by about 7 percent for the quarter, its slowest pace in almost two decades.

“The pandemic and subsequent war in Ukraine have brought unusual growth and challenges,” CEO Andy Jassy said in a company statement (pdf).

Jassy said that the company would improve by adjusting to the problems from rising inflation and the supply chain.

The company is being burdened with additional expenses as it offers higher pay to attract workers during a labor shortage. Jassy said the company has finally met its warehouse staffing and capacity needs, but that there’s room to improve productivity.

Amazon’s stake in electric vehicle maker Rivian Automotive Inc. has hit the online retailer with losses, with the EV manufacturer seeing its stock plunge by more than 65 percent so far in 2022. The retailer invested in a roughly 18 percent stake in the automaker and took a pretax loss of $7.6 billion due to its holdings.

The company’s cloud business, Amazon Web Services (AWS), is still doing well, with sales rising about 37 percent in the first quarter to $18.4 billion. AWS has been the leading cloud service for businesses around the world, but has been facing increased pressure from its rivals at Microsoft Corporation and Google parent company Alphabet Inc. in recent years.

Amazon has also been challenging Meta Platforms Inc. and Alphabet Inc. for the digital ads business and has rapidly expanded that segment of the company.

Net sales were $116.4 billion in the first quarter, which was below analysts’ expectations of $116.43 billion, according to Institutional Brokers’ Estimate System data from Refinitiv.

Amazon’s operating expenses in North America are growing at a faster rate than its sales.

The company recently hiked the price of its fast-shipping Amazon Prime service t0 $139 per year, a 17 percent jump from the previous cost of $119, as revenue growth has slowed in its digital subscriptions business. Amazon has about 200 million Prime subscribers.

Effective on April 28, the company imposed a fuel surcharge of about 5 percent on merchants that use its warehousing services in the United States in an effort to offset rising energy costs, CNET reported. Higher fuel prices are reducing consumers’ disposable income while increasing delivery costs for Amazon.

The company is also facing a growing labor movement in the United States, including among its own warehouse employees.

Amazon is appealing the results and has alleged inappropriate behavior by pro-union employees in the days leading up to the vote.

Workers at a second facility in Staten Island are voting on unionization, and the NLRB said it will count ballots from the facility on May 2, 2022.

Labor activists have announced a widespread campaign to unionize other warehouses throughout the country.

Analysts have said that more unionization could force the company to change benefits and policies, which may multiply costs for consumers.

Data from the U.S. Commerce Department showed that online retail sales fell 6.4 percent in March 2022 after declining 3.5 percent the month prior, the first month-to-month drop since the fourth quarter of 2020.