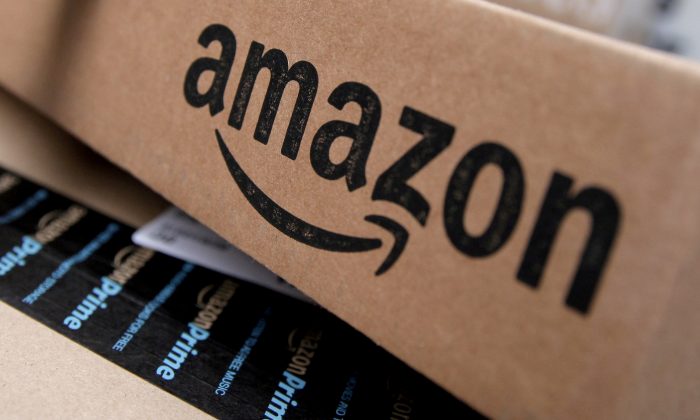 Shares of Amazon.com Inc. rose 4 percent to hit an all-time high after the online retailing giant’s quarterly profits topped $2 billion for the first time, powered by its best operating margin in 13 years.

Wall Street analysts cheered the broad-based strength in the results and overlooked the retailer’s decision to tap the brakes on its blazing revenue growth for plump profits.

At least 16 brokerages raised the price target on the stock with several saying that the high levels of profitability may be a new normal for the company.

Brokerage Oppenheimer made the most aggressive move, raising its price target on the stock by $380 to $2,130, going past the median target of $2,100.

“What we’ve been waiting on for many years is finally happening, meaningful margin expansion,” Macquarie Research analysts said in a note.

Amazon Web Services (AWS), which handles data and computing for large enterprises in the cloud, remained the cash cow for the Seattle-based company and generated about 55 percent of its total operating income.

Amazon’s results were also a relief for investors in the U.S. technology sector, still woozy from a nosedive in Facebook Inc.’s shares following a profit warning earlier in the week.

“In this messy earnings season, AMZN stands out as one of the strongest performers,” SunTrust said. “Broad-based strength suggests to us AMZN is hitting that elusive margin leverage tipping point investors have been awaiting, driven by AWS and advertising.”

The company, which originally started as an online bookseller in 1994, now gains revenue from selling products quite unrelated to its original business.

Amazon’s stock price has increased more than 54 percent since the start of the year. With a market value of $916.97 billion, Amazon is racing with Apple Inc. and Alphabet Inc. to be the world’s first trillion-dollar public company.