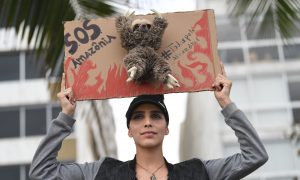 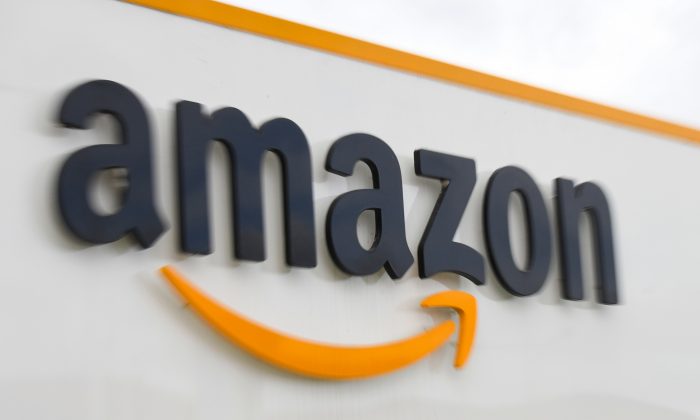 Amazon Sells Clothes From Factories Blacklisted by Other Retailers

Amazon has come under fire for selling clothes produced in blacklisted factories with unsafe working conditions.

In a new report by The Wall Street Journal, Amazon—the world’s largest online retailer—was found to be using factories in Bangladesh, which violated a number of safety standards.

The investigation traced the companies’ global shipping records, data and factory inspection reports back to a factory in Chittagong, where they claim managers lock workers inside.

It also found clothing on the website had been made in factories which did not comply with safety regulations or had been blacklisted.

The Journal found some of the factories had decaying buildings, broken fire alarms, and missing sprinklers along with fire barriers.

One 18-year-old laborer told the publication she spends up to 12 hours a day stitching shirts at the factory in Chittagong, alongside 300 other workers under dangerous conditions.

“You’re trapped inside until the time you complete the orders,” she said.

The report comes just six years after the collapse of a factory in Bangladesh which killed more than 1,000 people.

Following the devastating incident, other major retailers such as Target, Walmart, Costco, and Gap joined safety-monitoring groups and pledged to avoid using unsafe factories in Bangladesh and to have their supply chains inspected.

Amazon did not follow suit and instead continues to use dangerous factories to produce many of the garments sold on the site.

However, the report also found that items made at the unsafe factories were being distributed on Walmart.com, predominantly by third parties.

Other items listed by Target were reportedly produced from a factory which had been banned.

The Journal said it did not find any Amazon-owned brands made in banned factories.

As well as listing clothing on its own platform, Amazon uses a third-party marketplace where customers can purchase items from millions of individual sellers.

Many of these are anonymous and not subject to the same stringent standards Amazon places on its own brands.

According to the Business Standard, Amazon does not inspect factories from its third-party sellers but expects those sellers to adhere to the same safety standards it upholds for its own products.

A spokesperson for Amazon told Fox Business that while the company had opted out of safety-monitoring groups, it still enforces the same standards, with a particular spotlight on its own branded products.

“Amazon is committed to sourcing our private brands from socially responsible suppliers and working with brand owners, vendors, and manufacturers that share this commitment,” they said.

They added that the company’s supply chain standards “outline requirements and commitments, including [those] that our suppliers provide workers with a safe and healthy work environment.”

Amazon said it has conducted more than 150 independent third-party assessments since 2018.

It uses globally accepted protocols to audit its factories in Bangladesh, which include supplemental visits with fire and electrical experts.

The spokesperson explained: “We also expect that the tens of millions of fashion products in our store that are not Amazon private brands are manufactured according to our Supply Chain Standards.”

Amazon promised to remove from its stores any products that did not meet its production standards.

“If we become aware that a product is from a factory that may not meet our standards, we will remove the product from our store until we have evidence that it is produced with the same high standards we apply in our own supply chain,” the spokesperson added.

During the WSJ Tech Live conference on Tuesday, Amazon consumer chief, Jeff Wilke, said the company may now have to spend billions of dollars to police products on its site to maintain customer trust.

Following the report, Walmart spokeswoman Marilee McInnis said the company was looking into the items for sale directly by Walmart and talking to the companies that supplied them.

Meanwhile, Target removed the listings traced back to the banned factory from its website.