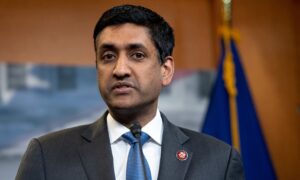 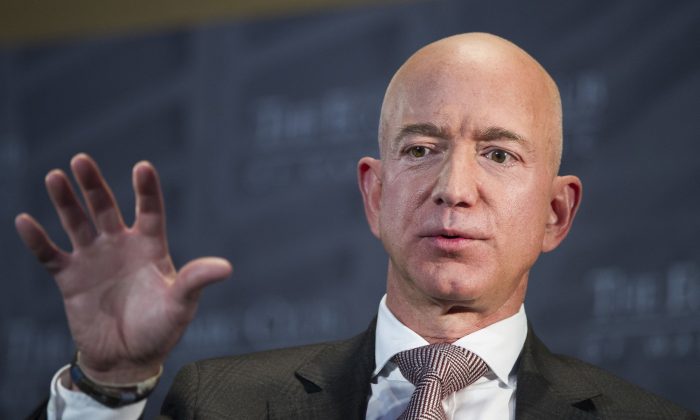 Amazon’s campaign to have Congress approve a national minimum wage of $15 an hour isn’t as much altruistic as it is anti-competitive, according to labor policy researcher Rachel Greszler.

Amazon portrayed its efforts as humanitarian toward “workers in need of a raise” as well as “small businesses that will benefit from increased spending,” but the minimum wage increase would leave many of those workers without any job at all and crush Amazon’s small-business competitors at a time when they’re already struggling, said Greszler, a research fellow at the conservative Heritage Foundation.

“It just gives them a competitive advantage and it forces out the little guys,” she told The Epoch Times.

While Amazon raised its starting wage to $15 an hour to much fanfare in 2018 and nudged other companies to follow suit, critics accused it of sleight of hand as the company reportedly slashed employee bonuses and stock rewards at the same time.

Recently, with Democrats in charge of Congress and the White House, Amazon renewed its push for a boost in the minimum wage, taking out ads that call for swift action.

“We’re calling on Congress to raise the federal minimum wage to $15 an hour and urging other major corporations to increase wages to this level,” an Amazon spokesperson told The Epoch Times in an emailed statement. “We’re pleased that multiple companies have taken this important step—which will help workers and their families, communities, and our overall economy—and hope more will follow suit.”

Amazon officials didn’t respond to specific questions by The Epoch Times regarding the criticism the company has faced on this issue.

There are multiple problems with Amazon’s assertions in Greszler’s view.

Endowed with a gargantuan capital base, Amazon has been able to make investments in automation that small competitors have little chance to match.

The company has “automated out of existence a lot of its low-productivity jobs,” Greszler said.

The edge that small businesses have is agility. They’re able to put together a scrappy team of workers who may endure low wages in the hopes that there will be a reward if the company makes it big.

“Many of them can’t yet afford to pay all their workers at least $15 per hour but that doesn’t mean that they should just be driven out of business or prevented from starting and growing,” Greszler said.

“I think that if Amazon had to pay the equivalent of $15 minimum wage when it first set up shop 25 years ago, it might not even exist today.”

It’s especially untimely to increase the minimum wage now, she said, when government restrictions amid the COVID-19 pandemic put many small businesses on the edge of bankruptcy.

About three out of five workers earning minimum wage or less are in the restaurant industry, according to the Bureau of Labor Statistics (BLS). For many of those, their actual earnings largely depend on how generous their patrons are with tips. Federal law allows tipped workers to get a base hourly rate of $2.13, as long as their wage with tips adds up at least to the minimum wage.

COVID-19 restrictions have forced many restaurants out of business, particularly focusing on shutting down indoor dining—exactly the service where workers traditionally earn their tips.

One of Amazon’s arguments is that the federal minimum wage “has been stuck at $7.25 since 2009.” But the rate seems to have little to do with how much Americans actually earn.

Only 21 states have maintained the federal minimum wage. Rates in other states range from $8.65 in Florida to $13.69 in Washington state. Washington, the U.S. capital, has a $15 per hour rate.

Between 2010 and 2019, the national average minimum wage rate weighted by state population increased by about 25 percent and the share of population subject to minimum wage rate no higher than the federal one dropped from a bit over 65 percent to less than 40 percent, based on data published by the U.S. Department of Labor. Meanwhile, the share of hourly wage workers making the federal minimum wage or less dropped more than threefold, to less than 2 percent from 6 percent, according to BLS.

Far from just the 1.6 million who earned the federal minimum wage or less in 2019, an increase to $15 an hour would boost wages of estimated 17 million workers who make less than that and likely an additional 10 million who currently make slightly more than $15 an hour, according to the Congressional Budget Office (pdf).

Amazon has pointed to several studies suggesting a positive impact of such a shift, but the government can’t just wish higher wages into existence, Greszler warned.

To be worth $15 an hour, a full-time employee has to produce value in excess of $36,000 a year for the employer. For those who can’t do that quite yet, “we tell them that there’s just no place for them in the labor market,” she said.

A majority of studies on the effects of minimum wage increases indicate that the move kills jobs, according to a recent review of research on the subject (pdf) published by the National Bureau of Economic Research. A minority of studies show positive or no effects on employment.

Proponents of a higher minimum wage theorize the money to fund it will come from excessive profits of the employers. That may apply to companies such as Amazon, but hardly to small businesses, Greszler said.

“The average small business owner makes $70,000 a year. They can’t pay 10 employees twice the wages on that,” she said.

Businesses with fewer than 250 employees accounted for about 45 percent of U.S. employment, according to BLS.

Another problem is, “we’ve never dealt with a 107 percent increase in the federal minimum wage,” Greszler said. “This just has such broad implications across so many areas of the economy that I don’t think we even know how widespread the upheaval would be.”

For instance, she’s estimated that child care costs would go up 21 percent for a family with two children, spiking the bill by $3,700 per year.

The uncertainty has been underscored by the CBO’s estimate that the hike would cause the loss of anywhere from zero to 3.7 million jobs. The estimate had only 66 percent confidence.

The federal government is especially ill-suited to impose a uniform minimum wage since states differ widely by cost of living. What necessities one can buy for $160 in Washington, D.C., go for about $100 in Florida and $87 in Oklahoma, according to data from the Council for Community and Economic Research.

Imposing a national minimum wage rate would seem to dent the competitive advantage of states where a lower cost of living could attract businesses with potentially lower labor costs.

For Amazon, “this is really about driving out competition and preventing opportunities,” Greszler said.

Correction: A previous version of this article incorrectly characterized the rounding of the increase of the national average minimum wage rate weighted by state population between 2010 and 2019. The rate increased by about 25 percent. The Epoch Times regrets the error.

Update: The article was updated with information regarding the drop of the share of population subject to minimum wage rate no higher than the federal one between 2010 and 2019.