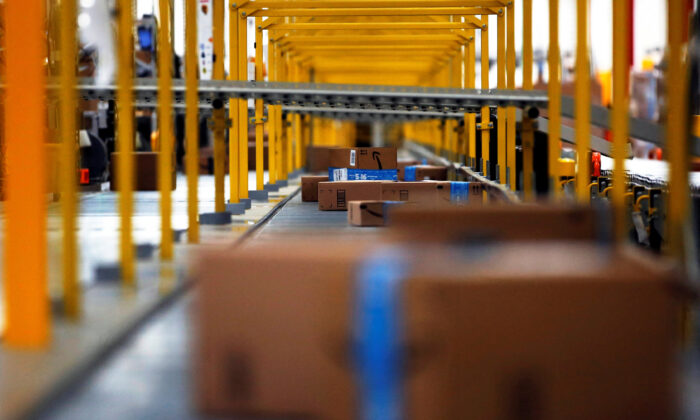 Amazon packages at the new Amazon warehouse on the outskirts of Mexico City on July 30, 2019. (Carlos Jasso/Reuters)
Companies

Amazon Hands Out Shipping Software to Merchants, Including on Rival Sites

Amazon.com Inc. on Thursday said it would give merchants free software for managing shoppers’ orders on and off its platform, as the retailer extends its e-commerce reach.

The company is ending monthly fees of Veeqo, a shipping software firm it recently bought, for sellers including when they fulfill orders via rival platforms like Shopify Inc., eBay Inc. or Etsy Inc..

D.A. Davidson analyst Tom Forte said of Veeqo, “The acquisition should improve Amazon’s ability to compete against Shopify,” which helps merchants set up online stores and sell elsewhere. Still, he said Amazon’s “primary focus” remained sales through its own marketplace.

Amazon in April announced “Buy with Prime” to let sellers market Amazon’s fast-shipping service on their direct-to-consumer websites, which reportedly prompted a response from Shopify.

On Wednesday California sued the online retailer for allegedly pushing up prices for consumers, which Amazon dismissed as without basis.

Matt Warren, Veeqo’s founder, said in an interview that the Veeqo news was not a move against Shopify or others. He said, “Amazon takes a very long-term view that anything that helps sellers eventually will be good for Amazon.”

Veeqo, which gives access to discounted shipping rates, will be free for merchants in the United States and United Kingdom, Amazon said.