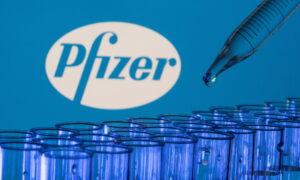 Amazon announced on July 25 that it has formed a partnership with the UK government to explore and test new drone delivery systems in the UK. The partnership is considered a breakthrough for Amazon, which has been struggling with regulatory hurdles in the United States.

Amazon’s drone delivery service, known as Prime Air was first made public in December 2013. But the U.S. Federal Aviation Administration (FAA) has been reluctant to permit drone delivery because of safety and privacy concerns.

The U.K. Civil Aviation Authority (CAA) provided Amazon with permissions to explore beyond line of sight operations in both rural and suburban areas. This is an important permission that the company could not get in the United States.

The FAA’s new commercial drone rules announced in June made it clear that a commercial drone operator must always have the machine within the line of sight. This rule makes delivering packages by drones unfeasible.

The UK’s current rules forbid drones to be flown outside a pilot’s line of sight, but those rules could be changing soon, according to a Financial Times report.

Other Amazon permissions in the UK include testing sensor performance to make sure the drones can identify and avoid obstacles as well as flights where one person operates multiple highly-automated drones.

“This announcement strengthens our partnership with the UK and brings Amazon closer to our goal of using drones to safely deliver parcels in 30 minutes to customers in the UK and elsewhere around the world,” said Paul Misener, Amazon’s Vice President of global innovation policy and communications.

The UK is charting a path forward for drone technology that will benefit consumers, industry, and society.
— Paul Misener, Amazon

Through this partnership, Amazon will be able to develop its drone system so that it can be used safely and reliably in the logistics industry. It will also help the UK government identify what operating rules and safety regulations will be needed for the drone industry.

“The UK is charting a path forward for drone technology that will benefit consumers, industry, and society,” said Misener.

The company announced the CAA will be fully involved in the project to explore the potential for safe use of drones beyond the line of sight. The outcomes of these tests will help inform the development of future policy and regulation in the area.

“We want to enable the innovation that arises from the development of drone technology by safely integrating drones into the overall aviation system,” said Tim Johnson, CAA policy director.

“These tests by Amazon will help inform our policy and future approach.”