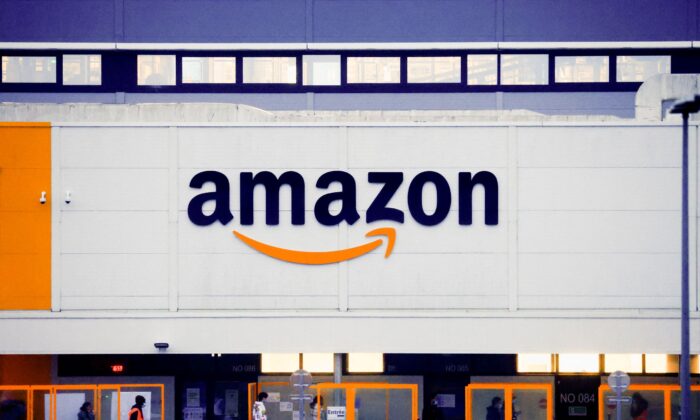 The logo of Amazon is seen at the company's logistics center in Bretigny-sur-Orge, near Paris, France on Dec. 7, 2021. (Gonzalo Fuentes/Reuters)
World

A group unions had proposed a 5 percent pay increase to compensate for a sharp rise in inflation in France. The company, meanwhile, offered a 3.5 percent general increase from June 1, with only the CFE-CGC management union accepting the terms, union sources said.

“In any other year this would have been a good proposal but, since December, inflation is rocketing, with energy, food, and other prices going up sharply,” said Jean-Francois Berot, a representative of the SUD union.

Union sources said there could be some employee action in the coming days or weeks, but no strikes have been planned so far.

A statement from Amazon said that its proposal was better than the 2-2.5 percent median wage increases at big companies this year. It also said that salaries for Amazon France staff have risen by more than 5.6 percent over the past 12 months, which it said corresponded to increases to the French minimum wage over that period.

“We are pleased to confirm Amazon’s competitive wage increase proposal, which we believe is fair for our employees and will now be implemented in our eight fulfilment centres, including other financial measures,” it said.

A company spokeswoman said that the 3.5 percent increase will be on top of existing benefits such as free shares and contributions to transport costs.

“The company had threatened to lower its offer to 3 percent if there was no deal by Tuesday, but in the end Amazon stuck with the 3.5 percent offer. The proposal will pass, but without (majority) union approval,” said CFDT union member Morgane Boulard.

In April all of Amazon’s eight logistics centres in France were hit by staff walkouts tied to a dispute over pay.

Amazon said it employs close to 15,500 staff on permanent contracts in France and plans to create 3,000 more permanent positions this year.