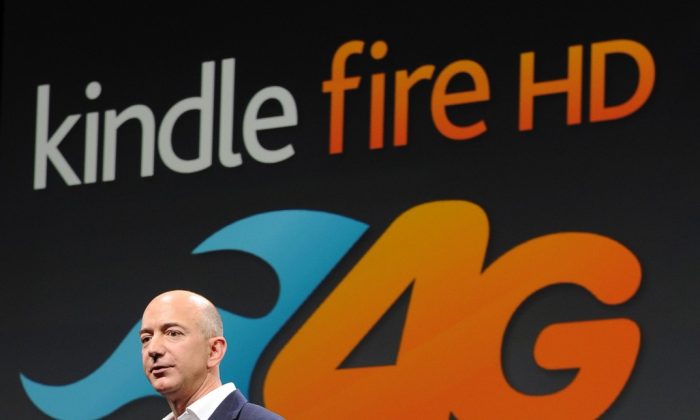 Market expectations for revenue and earnings per share were not very demanding for Amazon.com, Inc. The company lost 5.7 percent during the day session and closed at $260 before the earnings report came out Jan. 29, indicating that traders feared the worst and headed for the exits.

Yet, the stock started to rally as soon as the report came out, rising to $282 (up 8.6 percent) at 6:30 p.m. EST, more than making up the ground it lost during the day. Maybe traders were inspired by what Amazon.com founder and CEO Jeff Bezos had to say:

“We’re now seeing the transition we’ve been expecting. After 5 years, eBooks is a multi-billion dollar category for us and growing fast – up approximately 70 percent last year. In contrast, our physical book sales experienced the lowest December growth rate in our 17 years as a book seller, up just 5 percent. We’re excited and very grateful to our customers for their response to Kindle and our ever expanding ecosystem and selection.”

Or maybe they reversed course as they saw that Amazon’s operating income was up much more than the market was expecting. It increased 47 percent from Q4 2011 to $678 million, higher than Amazon had guided and higher than consensus expectations of $493 million. This halted the decline in operating margins that many investors had been afraid of. Margins increased from 2.7 percent in Q4 of 2011 to 3.2 percent in Q4 of 2012.

Amazon guided toward lower revenue and operating income for the first quarter of 2013. Given the very high market valuation of 3.4x the company’s sales for 2012, Amazon will probably have to do better next time to start another turnaround in the share price.