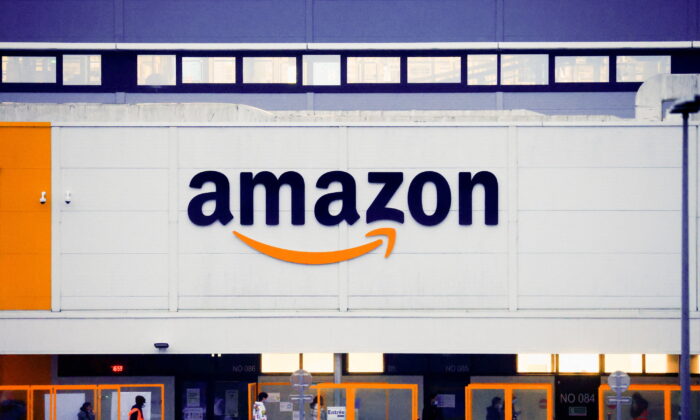 The logo of Amazon at the company's logistics center in Bretigny-sur-Orge, near Paris, on Dec. 7, 2021. (Gonzalo Fuentes/Reuters)
Media & Big Tech

SYDNEY—Amazon.com Inc. has declined to describe its product-search system to an Australian competition regulator that has heard complaints of large marketplace platforms giving preference to in-house wares.

The company’s withholding of the information sets the scene for a possible repeat of Australia’s 2021 showdown with Facebook Inc. and Alphabet Inc.’s Google, which resulted in those firms paying content royalties to media organizations.

The regulator, the Australian Competition and Consumer Commission (ACCC), mentioned Amazon’s stance in a report issued on Thursday that was part of the same five-year review of big-tech regulation that involved Facebook and Google.

The ACCC said it had surveyed 80 online merchants and that nearly half believed large marketplace platforms skewed searches and website presentation to favor in-house products.

Amazon had told the regulator it did not give an advantage to its own products but “the ACCC sought details about inputs of Amazon’s algorithms, which were not provided,” the report said.

As a result, “the ACCC does not have information about how Amazon’s algorithms produce search results,” the report said.

Amazon Australia director of public policy Michael Cooley said in a statement the company’s offers were “the ones we think customers will prefer, regardless of whether it is from Amazon or one of our seller partners.”

“We provide data directly to Seller Partners to help them manage their businesses, and give key insights,” he added.

The data Amazon gave sellers included “online tools providing data analytics about their own sales, the number of customers viewing the products they sell, and their conversion rates,” Cooley said.

Questionnaire results published with the ACCC report included several comments accusing Amazon of giving preference to its own products. One unnamed respondent wrote: “Amazon products are always listed first and then second-hand products are available in small print at the bottom of the listing.”

The ACCC noted that, unlike other large online retail markets, such as those of the United States and Britain, Australia’s was not dominated by Amazon. The company did not start operations in the country until 2017.

Still, allowing large platforms to give their own products preferential treatment might influence purchasing decisions and damage competition, the regulator said. The platforms should be made to disclose any activities which favored their own products, it said in the report.

“Hybrid marketplaces, like other vertically-integrated digital platforms, face conflicts of interest and may act in ways that advantage their own products with potentially adverse effects,” ACCC chairperson Gina Cass-Gottlieb said in a statement accompanying the report.

“We have concerns about particular examples of self-preferencing by hybrid marketplaces in Australia, which mirror similar concerns raised by overseas regulators.”