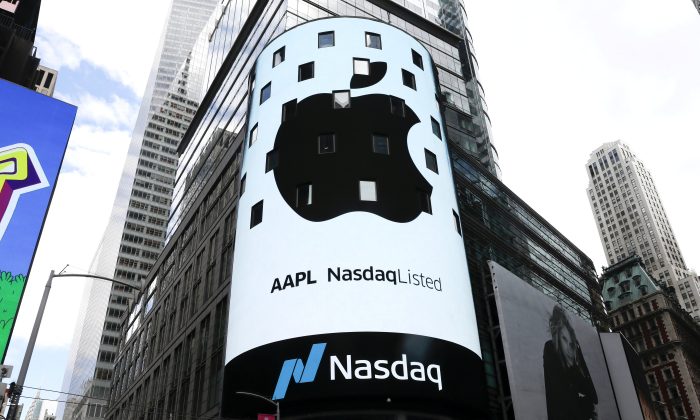 An electronic screen displays the Apple Inc. logo on the exterior of the Nasdaq Market Site in New York City on Aug. 2, 2018. (Reuters/Mike Segar)
Tech News

Amazon, Apple, Others to Testify Before US Senate on Data Privacy

Six major Web companies and internet-service providers, including AT&T Inc, Twitter Inc, and Alphabet Inc’s Google, will detail their consumer data privacy practices to a U.S. Senate panel on Sept. 26, according to a congressional statement on Sept. 12.

The Senate hearing will give the six technology-related companies, which also include Amazon.com Inc, Apple Inc, and Charter Communications Inc, “an opportunity to explain their approaches to privacy,” said U.S. Senator John Thune, the Republican chairman of the Senate Commerce Committee.

They will also testify on “how they plan to address new requirements from the European Union and California, and what Congress can do to promote clear privacy expectations without hurting innovation,” Thune said.

Data privacy has become an increasingly important issue, fueled by massive breaches that have compromised the personal information of millions of U.S. internet and social media users, as well as breaches involving large retailers and credit reporting agency Equifax Inc.

Separately, House Majority Leader Kevin McCarthy said in a tweet late on Sept. 11, that Google “claims to be fair, but gave a ‘silent donation’ to a left-wing group to stop Trump” and “works w/ China/Russia to censor the internet, but canceled a contract with our military.”

He noted Google declined to take part in a Senate Intelligence hearing last week that featured Twitter and Facebook. “It’s time for @Google to answer some ?’s An invite will be on its way,” McCarthy wrote.

Google said in a statement on Sept. 12, that the “suggestion that Google’s products or actions are politically biased is simply wrong.” The company said it “will continue to ensure that our products and election efforts remain strictly non-partisan in nature.”

The Internet Association, which represents more than 40 major internet and technology companies, said on Sept. 11, it backed modernizing U.S. data privacy rules but wants a national approach that would pre-empt new regulations in California that take effect in 2020.

The White House said in July it was working to develop consumer data privacy policies and officials have held more than 50 meetings with major firms and other groups as the Trump administration seeks to help the policies become enshrined in legislation eventually.

California Governor Jerry Brown signed data privacy legislation in June aimed at giving consumers more control over how companies collect and manage their personal information, although it was not as stringent as new rules in Europe.

Under the law, large companies would be required starting in 2020 to let consumers view the data they have collected on them, request deletion of data, and opt out of having the data sold to third parties.

The European Union General Data Protection Regulation took effect in May, replacing the bloc’s patchwork of rules dating back to 1995. Breaking privacy laws can result in fines of up to 4 percent of global revenue or 20 million euros ($23.2 million), whichever is higher, as opposed to a few hundred thousand euros.