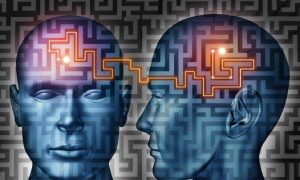 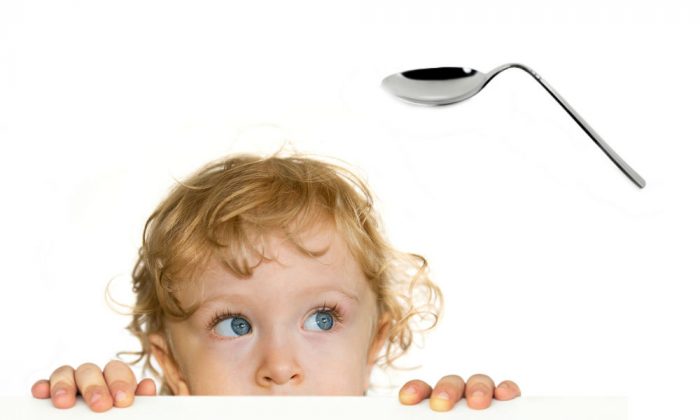 Studies have shown that people can use their minds (or some other unexplained means) to bend metal, transport objects from inside a sealed container to outside the container, and perform other amazing feats.

“Telekinesis” refers to the ability to affect physical objects with one’s mind. Teleportation is a form of telekinesis in which the objects are moved some distance instantaneously.

Here we explore a few standout experiments reviewed in the report.

Now-retired Col. J. B. Alexander commended aerospace engineer Jack Houck for “capturing [a] PK [psychokinetic] phenomenon and transitioning it into an observable form,” according to Dr. Davis.

Houck taught people to bend spoons or forks with their minds.

Houck taught people to bend spoons or forks with their minds. Demonstrations were held under the observation of numerous government science advisors and senior military officials, Davis said. They were held at the Pentagon, and the metal was bent without any evident physical force.

In the 1980s a spate of children in China were purportedly found to have special abilities. Some of these children were tested, under the supervision of China’s official National Defense Science Commission. According to studies published in scientific journals at the time, these children successfully moved small objects through physical barriers and through space without touching them.

The first round of experiments was published in the journal Ziran Zazhi (Nature Journal) in 1981, and was titled “Some Experiments on the Transfer of Objects Performed by Unusual Abilities of the Human Body.” In these experiments, the children are said to have moved small objects, including watches and horseflies, a distance of some meters without ever having touched the objects.

One of the objects teleported was a radio micro-transmitter. It transmitted a radio signal to electronic receivers, so it’s state could be monitored as it was teleported. As the teleportation took place, the transmitter’s signal became extremely weak, suggesting it was in an altered state at that time.

As the teleportation took place, the transmitter’s signal became extremely weak, suggesting it was in an altered state.

A second round of experiments was published in the Chinese Journal of Somatic Science in 1990, and was carried out by the Aerospace Medicine Engineering Institute in Beijing. High-speed photography and videography was used to monitor the movement of the objects.

The Chinese researchers reported that this monitoring “recorded test specimens physically ‘melding’ or blending with the walls of sealed containers, and in a different series of experiments the test specimens would simply disappear from inside the container only to reappear at another location,” wrote Davis.

Davis described these experiments as having repeated success and as being conducted under “exceptionally well controlled conditions (both blind and double-blind).”

Why the Air Force Cares About Psychokinetics

The ability to control matter with the mind could be a powerful weapon in war.

He attended a meeting on psychokinesis at the Naval Research Laboratory in the 1980s, Davis said, and “warned that foreign adversaries could exploit micro- or macro-PK to induce U.S. military fighter pilots to lose control of their aircraft and crash.”

A remote viewing program run by the U.S. government for decades was ended by President Bill Clinton in 1994 and declassified in 1995.

Major Ed Dames was part of this program, and now teaches classes on remote viewing. His website gives an example of the effects this ability has had: “Dames identified and confirmed the existence of an entirely new Soviet offensive weapon, and then personally briefed senior officials of the National Intelligence Agencies regarding the significance of this new Soviet capability.”

*Images of a child and a bent spoon via Shutterstock