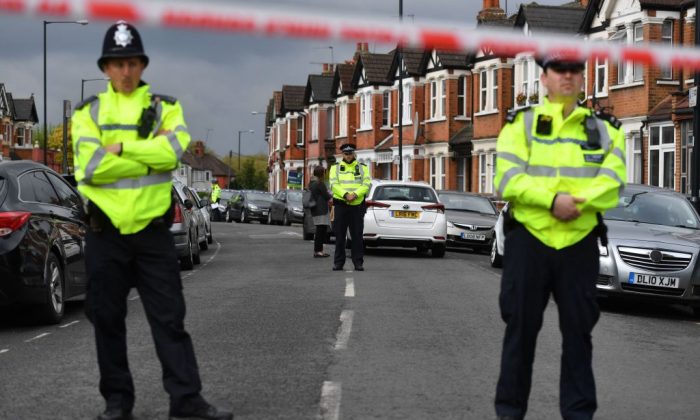 LONDON—A man accused of being a member of a white supremacist group campaigning to start a race war in Britain pleaded guilty on Tuesday, June 12, to plotting to kill an elected Member of Parliament (MP).

Jack Renshaw, 23, admitted buying a machete described by its manufacturer as “19 inches of unprecedented piercing and slashing power at a bargain price”, for the purpose of killing opposition Labour MP Rosie Cooper.

He was one of six alleged members of the far-right extremist group National Action appearing at London’s Old Bailey court.

All six deny membership of National Action, which was banned in 2016 following the murder of Jo Cox, another female Labour MP, in a frenzied street attack by a Nazi-obsessed loner.

Prosecutor Duncan Atkinson told the jury that Renshaw had targeted Cooper, who represents the West Lancashire constituency in northwestern England, because he regarded her as supporting immigration—also the reason given for the murder of Cox.

One of the other defendants, Christopher Lythgoe, 32, stands accused of giving Renshaw his blessing, on behalf of National Action, to carry out the planned murder of Cooper. Lythgoe has denied the charge.

Atkinson said Renshaw had informed alleged fellow members of National Action during a meeting in a pub in July 2017 that he planned to murder Cooper and had already bought a machete.

While Renshaw planned to carry out the murder on behalf of National Action, he was also motivated by a desire to seek revenge against a police officer, Victoria Henderson, who had previously been involved in arresting him on suspicion of stirring up racial hatred and separately on child sex offences.

“Renshaw explained that after killing Rosie Cooper he would take some people hostage and then demand … that DC Henderson should come to the scene,” Atkinson said.

“His plan then would be to kill that officer who, he said, was his real target.”

“The primary purpose of National Action remained the desire to start a race war and to free white Britain from Jewish control and the proliferation of ethnic minorities,” Atkinson said.

But the defendants were not being prosecuted for their beliefs, he added.

“They are being prosecuted for their participation in a banned organisation that sought through fear, intimidation and the threat of violence rather than through free speech and democracy to shape society in accordance with those racist and neo-Nazi beliefs,” he said.