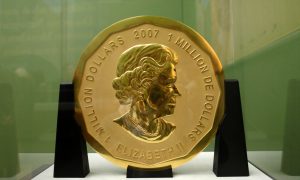 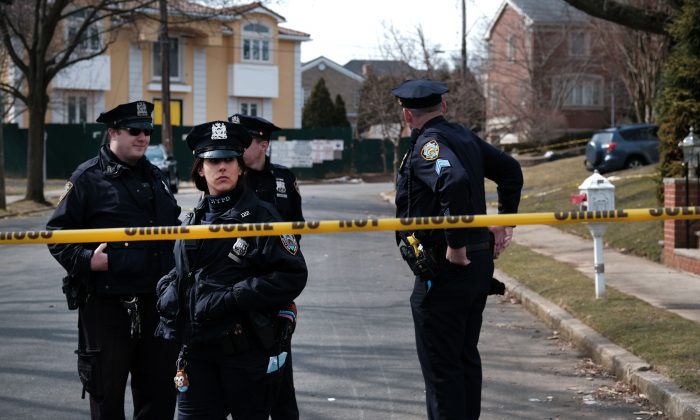 Police stand along the street where reputed mob boss Francesco “Franky Boy” Cali lived and was gunned down on March 14, 2019 in the Todt Hill neighborhood of the Staten Island borough of New York City. (Spencer Platt/Getty Images)
Crime and Incidents

The alleged boss of New York’s Gambino crime family, Francesco “Franky Boy” Cali, was gunned down outside his home on the night of March 13 and was later pronounced dead at a hospital, according to police.

Witnesses reported seeing a blue pickup truck speeding away, police said. No immediate arrests were made in the 53-year-olds death.

Federal prosecutors had referred to Cali in court filings in recent years as the underboss of the Gambino organization. Accounts since 2015 said he had ascended to the top spot.

The Gambino family was once among the most powerful criminal organizations in the United States, but federal prosecutions in the 1980s and 1990s sent infamous crime boss John Gotti and other top leaders to prison, diminishing its reach.

According to Reuters, the Gambino crime operation is one of five historic Italian-American Mafia families in New York. The operation makes money through violence and extortion.

“There are no arrests and the investigation is ongoing,” police said in a statement on Cali’s death.

A police watch commander told Reuters they had not yet found any motive for the shooting.

Cali’s only mob-related criminal conviction was a decade ago when he pleaded guilty in an extortion scheme involving a failed attempt to build a NASCAR track on Staten Island. He was sentenced to 16 months behind bars and was released in 2009.

The last Mafia boss to be shot to death in New York City was Gambino don Paul Castellano, assassinated on Gotti’s direction while getting out of a black limousine outside a high-end midtown Manhattan steakhouse in 1985. Gotti then took over.

“We thought those days were over,” Mayor Bill de Blasio said of Cali’s death. “Very surprising, but I guess old habits die hard.”

Cali was shot in the chest at least six times on a tree-lined street in a quiet neighborhood a short walk from ball fields, a country club, and a day camp.

Gotti, with his expensive double-breasted suits and overcoats and silvery swept-back hair, became known as the “Dapper Don,” his smiling face all over the tabloids. As prosecutors tried and failed to bring him down, he came to be called the “Teflon Don.”

In 1992, Gotti was convicted in Castellano’s murder and a multitude of other crimes. He was sentenced to life in prison and died of cancer in 2002.

The Mafia’s notoriety and influence have since waned in New York City, but there have been flare-ups.

Last week, the longtime boss of the Colombo crime family, 85-year-old Carmine “the Snake” Persico, died at a North Carolina hospital near the federal prison where he had been serving what was effectively a life sentence.