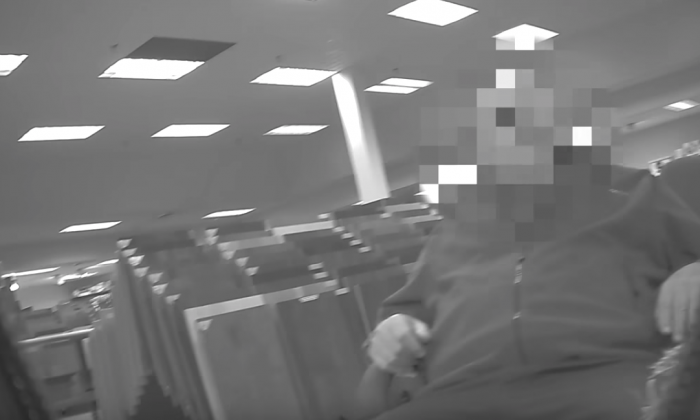 A Michigan high school teacher who had allegedly molested a girl in third grade was paid over $50,000 to quietly leave the school and got to keep his teaching certificate, all thanks to a deal negotiated by his teachers’ union, according to an undercover investigation by Project Veritas.

Because no charges were formally brought against the teacher, he was not named in the video released on May 9.

According to documents (pdf) from the school district and the union, as well as videotaped statements from a union field representative, the teacher allegedly molested the girl when he was dating her mother. Years later, the child ended up in the same teacher’s high school class and memories of abuse came back to her.

“When the student got to his class, apparently all these memories she had suppressed came out,” American Federation of Teachers (AFT) Union Representative Johnny Mickles told an undercover journalist. “And she went to the superintendent and basically spilled her guts and the superintendent terminated the teacher.”

But instead of being fired and investigated, the teacher received a hefty paycheck from the school district as part of a deal negotiated by the Michigan affiliate of the AFT. He also kept his teaching certificate, though he did not use it to work at another school.

“He was terminated but we negotiated a resignation for him… he didn’t lose his [teaching] certification,” Mickles said. “He got to be on leave until they drew up the settlement and then he got, like, the rest of the school year’s payout… He got about six weeks of pay I think… and then he got a $50,000 payout.”

The Michigan AFT attempted to thwart the release of the undercover video in federal court, but the judge ruled in favor of Project Veritas.

Another undercover journalist tracked down the former teacher, who confirmed the events but denied having molested the child.

“I mean the [union] attorney told me, ‘hey, in situations where somebody accuses you of something, you might as well- you know what? Chances are they’ll find a way to make it convenient for you to leave.’ That’s what he said.”

Recommended video: “I Was a Communist Slave”