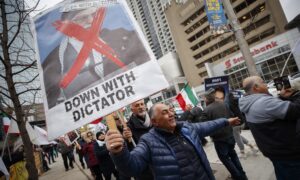 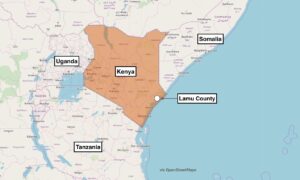 A man who is suspected of being a leader in the al-Qaeda terrorist group was arrested in Phoenix last week on murder charges filed by the Iraqi government, the Department of Justice said in a statement on Jan 31.

Ali Yousif Ahmed Al-Nouri, 42, was apprehended by officials on Jan. 29 and faces extradition to Iraq to face two counts of premeditated murder committed in 2006 in Al-Fallujah, in Al Anbar Province, according to the statement.

“According to the information provided by the Government of Iraq in support of its extradition request, Ahmed served as the leader of a group of al-Qaeda terrorists in Al-Fallujah, Iraq, which planned operations targeting Iraqi police,” the DOJ said.

The DOJ added that if Al-Nouri’s extradition is granted by the court, the decision of whether to surrender him to Iraq will be made by the U.S. Secretary of State and the case will be handled by the U.S. Attorney’s Office for the District of Arizona and the Criminal Division’s Office of International Affairs.

Al-Nouri’s arrest comes after the United States reportedly conducted a strike targeting Qassim al-Rimi, the leader of al-Qaeda in the Arabian Peninsula, an affiliate in Yemen that has repeatedly threatened attacks targeting the United States.

The New York Times reported that three current or former U.S. officials expressed confidence that Rimi had been killed in a January airstrike in Yemen.

“While we are aware of the reports alleging the death of AQAP leader Qassim al-Rimi, the Department of Defense has nothing to offer on this matter,” a Pentagon official told CNN.

Al-Rimi reportedly became head of the al-Qaeda affiliate group following a 2015 drone strike that killed former leader Nasir al-Wuhayshi. The U.S. government, through its Rewards for Justice program, had offered up to a $10 million reward for information on him.

His death, if confirmed, would be the latest in a string of successes for U.S. counterterrorism operations, after Qassem Soleimani, an Iranian general who had planned and orchestrated attacks on American troops in Iraq, was also killed by a U.S. airstrike on Jan. 2.