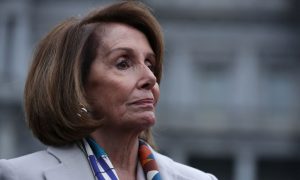 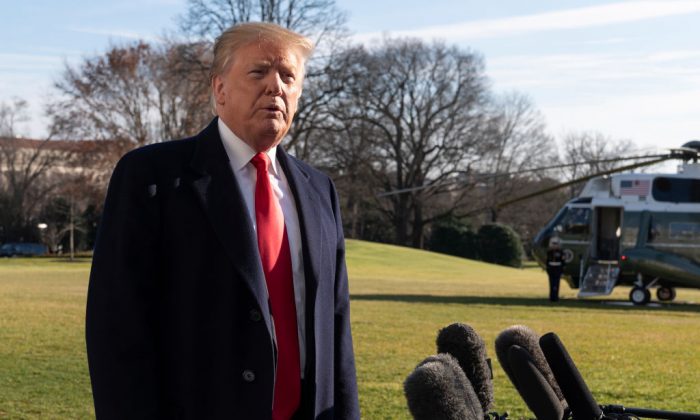 President Donald Trump speaks to the media upon his return to the White House after a day trip to Camp David in Washington on Jan, 6, 2019. (Chris Kleponis - Pool/Getty Images)
Trump Administration

The major television networks and some cable television news stations will air President Donald Trump’s speech to the nation live on Jan. 8.

CBS, NBC, ABC, Fox News, Fox Business, and CNN will air the prime-time speech on Tuesday night, representatives of the networks confirmed to The Hill.

The confirmation came after some networks were reportedly considering not airing the speech live. In the end, it appears none made that choice.

CBS said in a statement that the White House told the network that the speech will last no longer than eight minutes.

President Trump announced the speech on Monday afternoon, stating on Twitter: “I am pleased to inform you that I will Address the Nation on the Humanitarian and National Security crisis on our Southern Border. Tuesday night at 9:00 P.M. Eastern.”

It will be Trump’s first live address to the nation.

Trump is expected to make the case for the planned wall along the southern border of the United States. Hundreds of thousands of illegal immigrants streamed across the border in 2018, a situation the president and some experts have deemed a crisis.

Trump said on Jan. 6 he’s considering declaring a national emergency as the United States struggles to stop the aliens from entering the country without permission, noting that even his opponents admit he has the authority to do so.

But the president added he wants to try to negotiate an end to the partial government shutdown that includes funding for the wall. He’s asked Congress for $5.6 billion.

“The passion you hear from President Trump, his determination to take this case to the American people, as he will tonight in his national broadcast from the Oval Office, comes from this president’s deep desire to do his job to protect the American people,” Vice President Mike Pence said on Tuesday morning during an appearance on ABC, reported the Associated Press.

“We’re going to continue to carry that case forward until the Democrats in Congress come to the table and start negotiating, not just to end the government shutdown but to address what is an undeniable crisis at our southern border.”

“Now that the television networks have decided to air the President’s address, which if his past statements are any indication will be full of malice and misinformation, Democrats must immediately be given equal airtime,” they demanded in a joint statement on Monday night.

According to NBC, at least CBS, NBC, and CNN will air the Democratic response to Trump’s speech.

Democrats have repeatedly slammed the proposed wall but have remained vague about counter-proposals that would curb illegal immigration. Current Democratic leaders also voted for border fencing in 2006 and 2013, a change of heart that the president has highlighted multiple times. Schumer himself admitted last week that “a fence works” but claimed that “a concrete wall is expensive and it doesn’t work.”

Trump said this week that he’s open to a wall of steel slats, noting experts have advised him they’d prefer the ability to see through the wall.

Two days after Trump’s speech, he plans to visit the southern border, the White House announced earlier in the week.