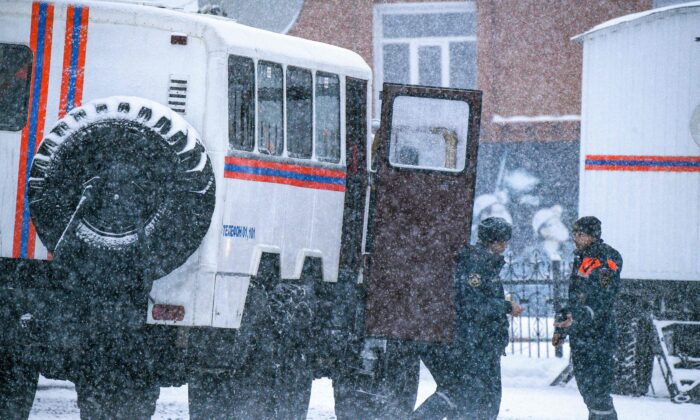 All 128 Miners Safely Evacuated After Incident at Russian Mine

MOSCOW—All 128 miners were evacuated from a Siberian coal mine on Sunday after fire sensors were triggered, Russia’s emergencies ministry said, just weeks after a blast at a mine in the same region killed 51 people.

The SUEK coal company, which owns the Ruban mine in Russia’s Kemerovo region, said sensors had detected an increase in carbon monoxide emissions, caused by a seam heating up, but it had not ignited and there was no fire.

“All 128 people got out to the surface, there are no casualties,” the emergencies ministry said in a statement.

Russian news agencies had earlier on Sunday reported a fire at the Ruban mine, saying there were between 128 and 139 miners underground at the time, citing the mine’s administration and emergency services.

SUEK said work was stopped in compliance with protocol after the sensors were set off. It said the ventilation system was working and gas levels were normal.

Checks were launched into why the sensors at the mine were triggered, TASS cited the prosecutor’s office as saying.

The co-owner of the Listvyazhnaya mine in Kemerovo, where an explosion killed 51 people in November, was detained on Wednesday. Russian President Vladimir Putin in December accused management of falsifying methane data at the mine.

In 2007, the region was the site of the worst mining accident since the collapse of the Soviet Union when an explosion at the Ulyanovskaya mine claimed the lives of more than 100 people. In 2010, explosions at the region’s Raspadskaya mine killed more than 90 people.