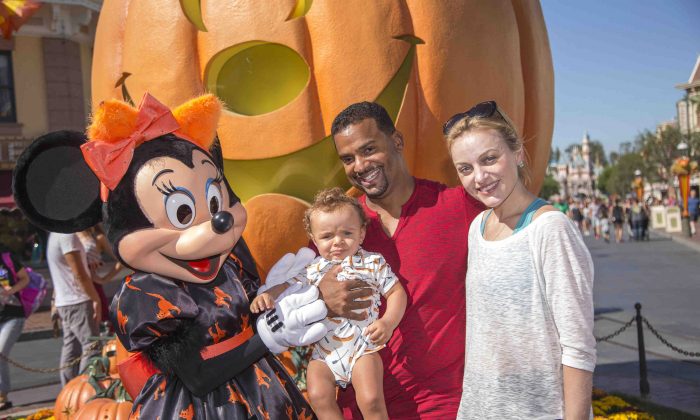 Alfonso Ribeiro, best known for playing Carlton Banks on The Fresh Prince of Bel Air, has burst back onto the entertainment scene with his smooth moves on Dancing With the Stars season 19.

It’s been a while since The Fresh Prince, and Alfonso is now 43, married, and a father.

Alfonso has two children–12-year-olde daughter, Sienna, whose mother is Ribeiro’s ex-wife Robin Stapler; and Alfonso Jr., who was born in October 2013 and whose mother Angela Unkrich is Alfonso’s current wife.

Alfonso announced on Dancing With the Stars on his son’s first birthday that he and Angela are expecting another child.

“We’re having a baby! I wanted to announce it here on the show because I just wanted to say thank you to all the fans and say I love my wife,” he said, smiling.

Unkrich, 33, is a consistent presence in the DWTS live audience, along with AJ.

Unkrich, who stands about 5’3″, is from Winfield, Iowa and attended Northwestern University, where she competed in diving and also lettered in basketball and track, in addition to being vice president of the National Honor Society.

She also noted that she’s a wife, mother, daughter, sister, and friend.

Unkrich is perhaps best known besides being Ribeiro’s wife as a writer.

Angela has helped welcome Alfonso’s Dancing With the Stars partner Witney Carson, 20, into their family and the trio, sometimes with the baby, are often seen together.

As for Alfonso, he has been hard at work since The Fresh Prince ended in 1996. He’s appeared in a range of television shows and movies, including TV movie Kidz in the Wood, competition Celebrity Duets, and sitcom Shake It Up.

Alfonso has also been a host on a number of shows, including the game show Catch 21, and has taken the director’s chair for multiple projects, including 19 episodes of the sitcom Are We There Yet?

Ribeiro is reportedly worth an estimated $5 million.