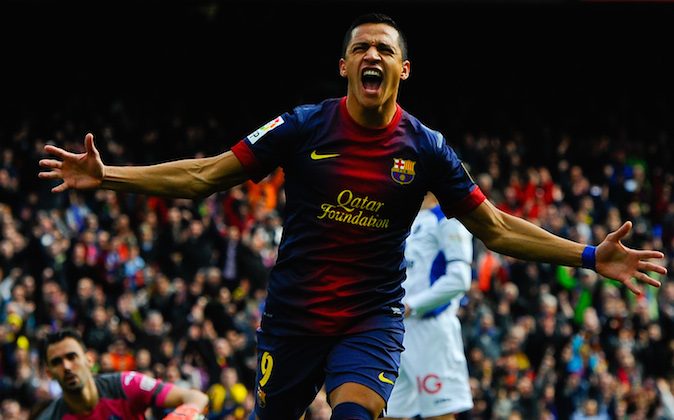 Barcelona and Chile striker Alexis Sanchez is being highly sought after by three big clubs in Europe.

Juventus, Manchester United, and Liverpool are all looking to secure the 25-year-old forward’s signature.

Sanchez has scored 44 goals in 119 games for Barcelona, despite limited first-team opportunities. He has also opened his World Cup 2014 scoring account with a goal against Australia.

The Chilean’s efforts are, however, not being appreciated it seems.

Supposedly, Sanchez does not fit into new Barca boss Luis Enrique’s plans, and is on his way out of Camp Nou.

New Manchester United boss Louis van Gaal is reportedly keen to make Sanchez one of his first signings, although it does not look like Old Trafford has opened talks yet with Barca.

Liverpool are also said to be interested, and may be willing to fork out £27 million ($45.8 million) for the highly-rated forward, after an £18 million ($30.5 million) bid was supposedly rejected.

At present, Italian league champions Juventus seem to be closest to signing the Chilean. The club had positive talks with Sanchez, and are apparently willing to match Barcelona’s £20 million ($33.9 million) asking price.