Alex Trebek Reveals He Has Stage IV Cancer: ‘Going to Fight This’ 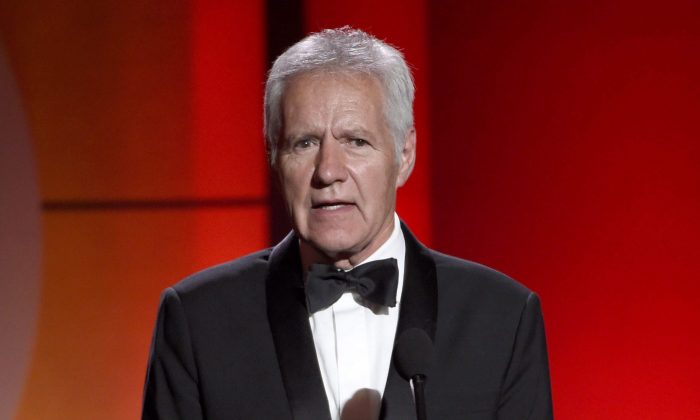 “Jeopardy!” host Alex Trebek said he has been diagnosed with stage 4 pancreatic cancer, and it’s not clear now how long he’s got to live.

Trebek, 78, said in a YouTube video that he learned of his condition this week.

“Now normally, the prognosis for this is not very encouraging, but I’m going to fight this, and I’m going to keep working,” he said. “And with the love and support of my family and friends and with the help of your prayers also, I plan to beat the low survival rate statistics for this disease.”

A Message from Alex Trebek: pic.twitter.com/LbxcIyeTCF

Stage 4 cancer means that the cancer has spread to other parts of the body. It’s also called advanced or metastatic cancer, according to Cancer.net. At that stage, the cancer typically can’t be cured, but it can be treated.

“I have some news to share with all of you, and it’s in keeping with my longtime policy of being open and transparent with our Jeopardy fan base,” Trebek added. “I also wanted to prevent you from reading or hearing some overblown or inaccurate reports regarding my health. So therefore, I wanted to be the one to pass along this information. Now, just like 50,000 other people in the United States each year, this week I was diagnosed with stage 4 pancreatic cancer.”

Trebek has been the host of “Jeopardy!” since 1984, and remains one of the most popular shows on TV. According to The Hollywood Reporter, it averages 10 million daily viewers.

A few weeks ago, he revealed who might replace him on the game show.

“It’s probably going to be a woman, somebody younger, somebody bright, somebody personable, somebody with a great sense of humor,” he said. “So I nominated Betty White,” he joked of the nonagenarian actress.

“There are so many talented people out there that could do the job,” he added, USA Today reported.

Trebek, who is from Ontario, also said, “I always wanted to be governor-general of Canada … It’s mostly PR You travel the country, you make people feel good about themselves.”

Sony TV last year said it picked up the contract extensions for Trebek as well as “Wheel of Fortune” host Pat Sajak and co-host Vanna White until 2022, reported Newsweek.

“Pat, Vanna and Alex are simply the best. Night after night, they seamlessly entertain generations of fans on two of the most beloved television programs on air. We are thrilled that they’ll continue to do so through 2022,” Sony Pictures Television chairman Mike Hopkins said in a statement at the time.