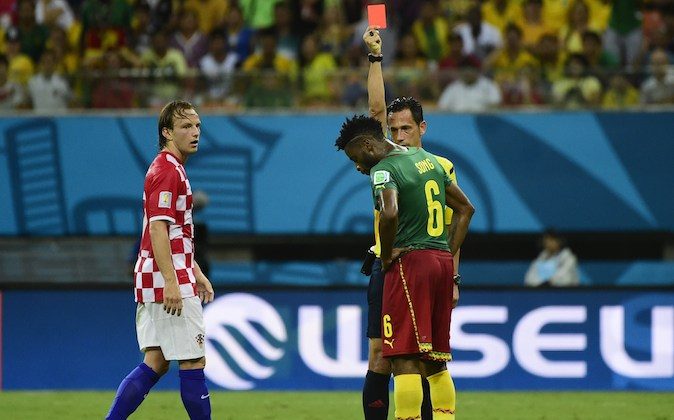 Alex Song gets a red card for hitting Mario Mandžukić.

The 26-year-old committed a cynical foul, and was rightly sent off by the referee in the 40th minute.

Check out two videos of the incident below.