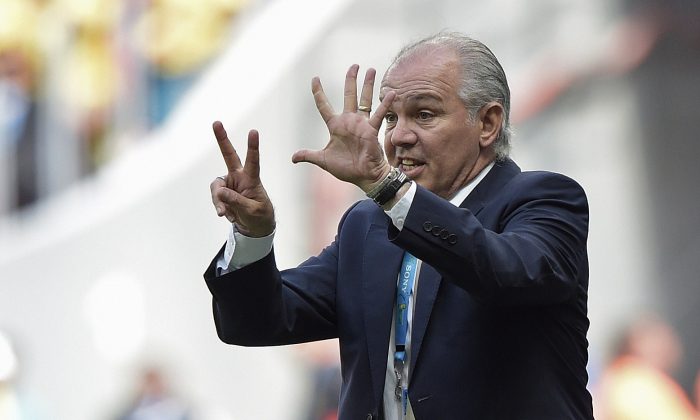 Argentina's coach Alejandro Sabella gestures during a quarter-final football match between Argentina and Belgium at the Mane Garrincha National Stadium in Brasilia during the 2014 FIFA World Cup on July 5, 2014. (JUAN MABROMATA/AFP/Getty Images)
Sports

Alejandro Sabella nearly falls on his back today.

In the 55th minute of the Argentina vs Belgium match, Argentina coach Sabella almost fell on his back after reacting to striker Gonzalo Higuain’s effort, which hit the bar.