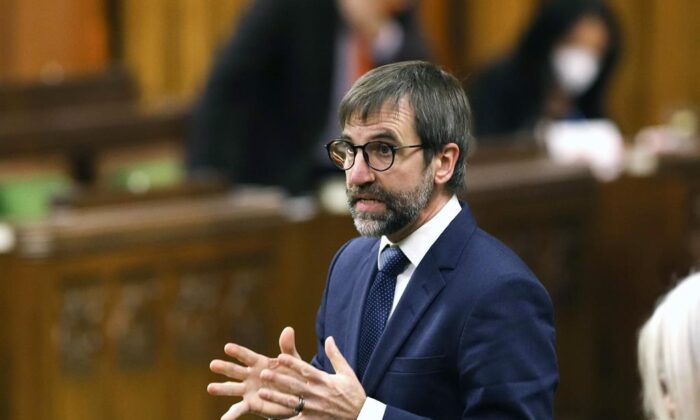 The federal government’s law to measure the environmental impacts of projects, which detractors said was meant to prevent the construction of pipelines, is unconstitutional according to an Alberta Court of Appeal ruling published Tuesday.

The court said the environment needs to be protected and urgency is needed to tackle climate change, but this should not be a reason to override the Constitution and the federal system.

“The IAA [Impact Assessment Act] involves another existential threat—one also pressing and consequential—and that is the clear and present danger this legislative scheme presents to the division of powers guaranteed by our Constitution and thus, to Canada itself.”

Three out of five justices in the court wrote the opinion, with one concurring and another dissenting. The Alberta government had challenged the act, maintaining it was an overreach by Ottawa.

Bill C-69 became the IAA, which received royal assent in June 2019. Detractors like Alberta Premier Jason Kenney had dubbed it the “No More Pipelines Bill.”

The act’s stated purpose is in part to “foster sustainability” and “protect the components of the environment, and the health, social and economic conditions that are within the legislative authority of Parliament from adverse effects caused by a designated project.”

The court’s decision says the act encroaches on provincial jurisdictions to the detriment of their citizens.

It further states that preventing Alberta and Saskatchewan from exploiting their oil and gas resources is discriminatory, especially when the federal government permits the import of “hundreds of millions of barrels of oil into Canada from other countries.”

“In summary, the federal government’s invocation of concerns about the environment and climate change that all provincial governments and Canadians share is not a basis on which to tear apart the constitutional division of powers,” the decision says.

Alberta was supported in court by the provinces of Saskatchewan and Ontario, as well as by some First Nations organizations and business and advocacy groups.

The federal government was supported by environmental groups and different First Nations organizations.

“An historic victory, and central part of our strategy to fight for a fair deal!” wrote Kenney in a tweet.

“This is a very good day for Alberta and for our energy sector,” Alberta Energy Minister Sonya Savage posted on Twitter.

Federal ministers indicated they will be appealing the decision and noted the Alberta court decision has no impact on the IAA.

They said the act was created to “restore trust, protect the environment, advance reconciliation, and ensure good projects can move forward in a timely way so we can grow our economy and create good jobs.”