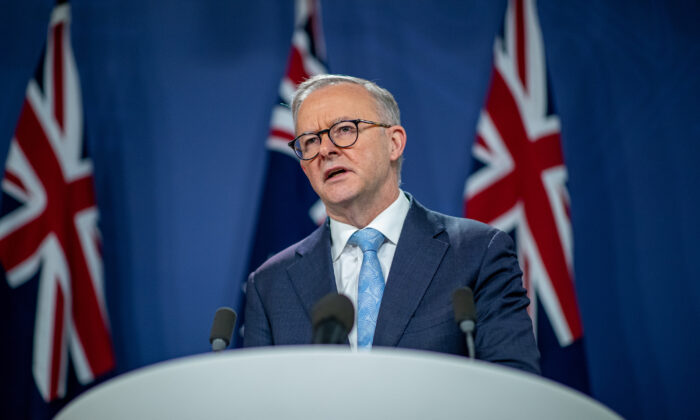 Australian Prime Minister has indicated that the government is seeking to fund a new U.S.-style centre for disease control for the country—the only OECD country without one.

​​”I have already had discussions with at least a couple of premiers who are very keen to have it located,” Anthony Albanese hinted on Aug. 5 in a national cabinet meeting.

“We’ll provide funding for our commitments in the October budget.”

Albanese said establishing a new Australian version of the U.S. Centres for Disease Control and Prevention (CDC) was a Labor election commitment and “would improve pandemic preparedness and response.”

As in other countries, he said the centre would also play a role in preventing future chronic diseases, as well as infectious disease outbreaks.

In Albanese’s election pitch in 2020, he said that a key function of the Australian CDC would be the employing of surveillance experts and systems to monitor current and emerging threats.

The CDC in the U.S. has been engaged in vaccine safety surveillance ever since COVID-19 vaccines have been in use to detect adverse events occurring at higher-than-expected rates.

But the public health agency failed to produce any information it said it would be producing, such as weekly tables of all reports of adverse events following COVID-19 vaccines.

For example, the CDC has claimed that there was no known association between myocarditis (heart inflammation) and COVID-19 vaccines as late as October 2021.

However, no abstractions or reports were available because “an association between myocarditis and mRNA COVID-19 vaccination was not known at that time,” CDC records officer Roger Andoh told The Epoch Times.

The agency later acknowledged that by June 2021, data began to indicate a link between the mRNA COVID-19 vaccines and heart inflammation.

“Additional data accumulated in subsequent months, ultimately leading to the conclusion that a causative association did indeed exist. However, such a conclusion required time to accumulate and analyze data,” the spokeswoman said.