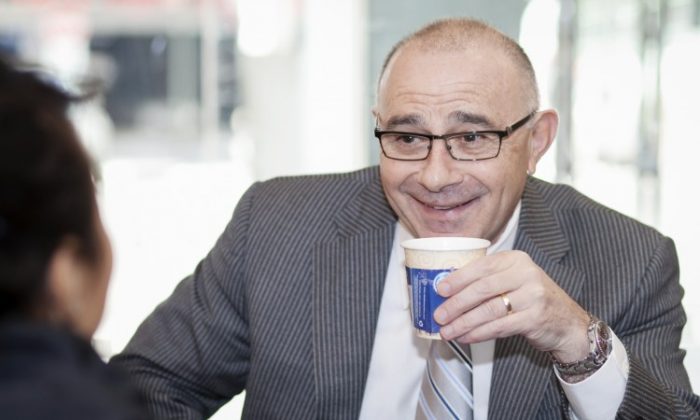 NEW YORK—Mayoral hopeful Sal Albanese is calling for a hiring freeze for elected officials seeking citywide office after his review of hires in the city offices of fellow candidate Christine Quinn and Bill de Blasio.

Albanese says the employees on the city-funded payroll are to boost each mayoral hopeful’s chances of moving to Gracie Mansion in the fall.

“Padding a government payroll like this is an intolerable abuse of power,” said Albanese in a statement. “It forces taxpayers to foot the bill for an employee whose job is to advance their boss’s political ambitions, not help the public.”

Albanese submitted Freedom of Information Law (FOIL) requests to both offices to get information about who was hired in an 18-month period while Quinn and de Blasio’s campaigns were building their staffs.

De Blasio turned over the requested paperwork for his staff of just under 40 employees. The Albanese campaign’s review of the data showed nine staffers “whose previous positions were primarily as campaign operatives,” according to a statement from Albanese’s office.

“The premise and the facts here are just plain wrong,” Wiley Norville, press secretary for de Blasio said in an emailed statement. “Every person cited on this list brings years of government or public interest advocacy experience to the table. They each work hard every day to serve the people of New York City, and they deserve better than spurious attacks.”

Quinn explained in a press conference at City Hall her office receives many FOIL requests and despite it being 11 days past deadline, she felt it was handled in an appropriate amount of time.

As to the allegations, Quinn said, “The vast majorities made in the last year or two were to fill vacant positions, positions that are integral to completing the task we are charged with in the Charter. Those hires are made to meet those needs, to make sure we are able to conduct our functions as the legislative body of the City of New York.”

A spokesman for Albanese said they would review the documents for the 250 employees submitted and would send a release when their analysis was complete.