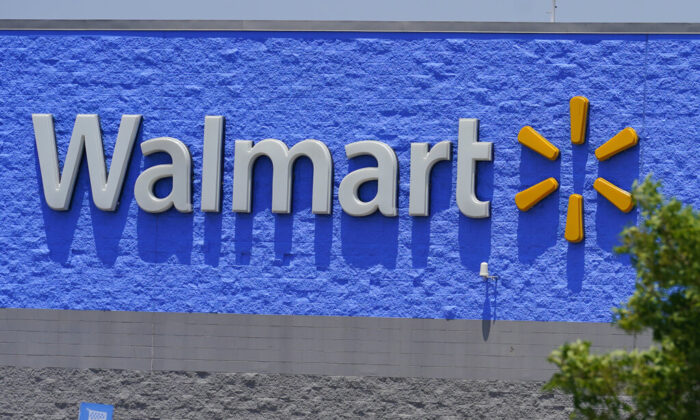 A sign at a Walmart store is pictured in Oklahoma City, on Thursday, June 24, 2021. (AP Photo/Sue Ogrocki)
US News

An Alabama woman was awarded $2.1 million in damages after filing a lawsuit against Walmart for wrongfully accusing her of shoplifting, in a 2016 incident.

A Mobile County jury ruled in favor of Lesleigh Nurse on Nov. 30. Under the lawsuit, Nurse stated that Walmart staff stopped her from leaving a Walmart store with groceries she had paid for, according to AL.com.

Nurse said she used the self-checkout, but the scanning device froze and she needed Walmart staff to assist her. Workers did not accept her explanation and arrested her for shoplifting.

The case was dismissed a year later after a Walmart employee and defendant in her suit failed to respond to a subpoena, according to news reports.

The following month, however, Nurse said she received letters from a Florida law firm threatening to file a civil suit against her if she did not pay them $200, which exceeded the total value of the groceries, according to CBS News.

In her 2018 lawsuit, Nurse claimed Walmart instructed the law firm to send the letters.

Walmart has “engaged in a pattern and practice of targeting Alabama citizens falsely accused of shoplifting with demands that the innocent customer immediately pay money or risk getting sued by Walmart in addition to the criminal charges already pending against them,” stated the suit according to court documents obtained by CBS. “Often, as in this case, the money demanded to resolve the issue is substantially higher than the value of the merchandise allegedly stolen.”

Walmart’s attorneys said the practice is legal based on an Alabama law that permits a court to order shoplifters to pay store owners up to $200.

In a statement obtained by CBS, a Walmart spokesperson said that the company will appeal the ruling.

“We continue to believe our associates acted appropriately. We don’t believe the verdict is supported by the evidence and the damages awarded exceed what is allowed by law. We will be filing post-trial motions,” a Walmart representative told CBS.

According to WKRG, an expert reportedly testified that Walmart and other large retailers commonly use this practice in states where the law permits it. The expert also stated that Walmart made hundreds of millions of dollars through this method over a two-year period.