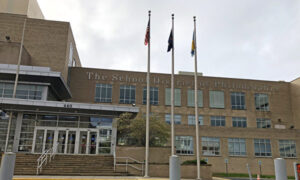 A loud explosion was felt in multiple towns in Alabama on Thursday afternoon.

People also reported feeling the ground shake, according to the DeKalb County EOC.

The reports pinpointed the explosion around 3:30 p.m.

Residents in Collinsville, Crossville, Scottsboro, and Dawson said they felt it.

The explosion was also felt in parts of Etowah County, according to Dalton Smith via Twitter.

It’s not known yet what caused it, though one Twitter user suggested fracking, or natural gas drilling.