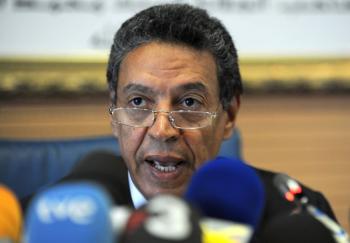 Themajority of those killed in the blast, 14, were foreigners mostly from Europe. The blast at Argana café in Jema el Fna square, ravaged the scenic old part of Marrakesh, a United Nations World Heritage Site.

"The manner reminds us of the style used generally by Al Qaeda," Interior Minister Taieb Cherqaoui told The Associated Press. "And this leads us to think that there is a possibility of more dangers to come."

The government, however, was not entirely sure that the militant group was behind the attacks.

"The investigation continues to find the perpetrators, but for the moment I am not prepared to point the finger," communications minister Khalid Naciri told The Daily Telegraph.

Since 2003, Morocco has suffered several terrorist attacks with Thursday’s bombing being the deadliest in eight years.

Initially, some authorities claimed that the blast was not a terrorist attack, but had been accidental. However, they soon recanted such statements.

"This is a terrorist act, a deliberate criminal act," Naciri added, according to the newspaper. "Morocco is facing the same threats as in May 2003 and it will deal with them diligently and determinedly."

No one has yet claimed responsibility for the attack and Moroccan authorities have ramped up security around the city. According to Al Jazeera citing a police official, security forces were deployed “to ensure the internal security of the country.”

International police agency INTERPOL condemned the “senseless and deplorable" attacks and said it will give its “full assistance to national authorities investigating the incident,” noting that it may have been a suicide bomber that perpetuated the attack.